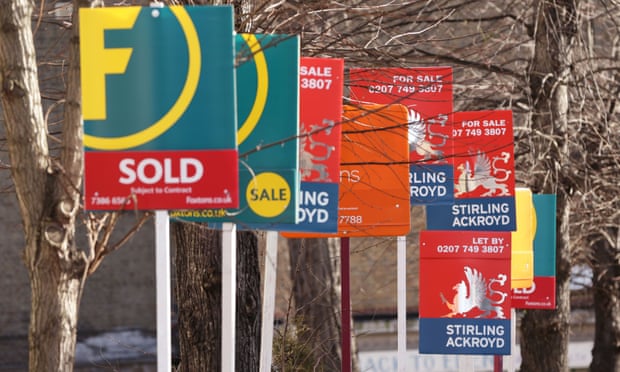 UK house prices unexpectedly dropped at the fastest pace for almost six months in September, according to Halifax, as the number of homes for sale in 2018 fell to a decade low.

Britain’s biggest mortgage lender said the average price of a home in Britain dropped to £225,995 last month, down 1.4% from the level recorded in August. The price of a home remained 2.5% higher than a year ago.

City economists had forecast month-on-month growth of 0.2% in September.

The latest snapshot of the housing market a little more than six months before Britain leaves the EU suggests sluggish levels of demand for home buying amid the political uncertainty of Brexit.

Economists said the national picture painted by Halifax obscured some regional differences. London house prices are falling for the first time since 2009, yet prices elsewhere are rising.

They also cautioned that the Halifax house price index can be more changeable than other industry barometers of residential property because it is on a monthly basis.

Earlier this week Theresa May announced the government would lift a cap on the amount councils can borrow to build housing, potentially helping to increase the number of homes built by local authorities.

High average house prices relative to household incomes are pricing many people out of the market, limiting the rate of house price growth. The Bank of England has also started gradually raising interest rates, pushing up mortgage costs.

“Few households think that housing is a good investment at present,” Samuel Tombs, the chief UK economist at the consultancy Pantheon Macroeconomics, said.

“The combination of rising mortgage rates and heightened economic uncertainty will weigh on demand over the next six months, ensuring that year-over-year growth in house prices barely exceeds zero.”