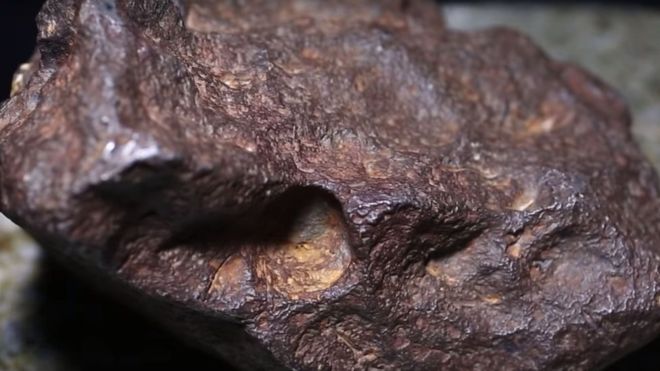 A US professor has established a rock used as a doorstop is actually a meteorite worth thousands of dollars.

Mona Sirbescu from Central Michigan University was asked by a local man to inspect the object he had kept for 30 years after finding it on a farm.

The 22lb (10kg) meteorite was the biggest the geologist had been asked to examine in her career.

What makes the meteorite found in Michigan unique is that it is 88% iron and 12% nickel.

“A piece of the early solar system literally fell into our hands,” Dr Sirbescu said in a video made by the university to promote its discovery.

Dr Sirbescu sent a sample of the rock to the Smithsonian Institution in Washington DC, which confirmed her findings.

Meanwhile, the university has been using the meteorite as a teaching material.

The meteorite’s anonymous owner is promising to donate 10% of sale proceeds to the university.