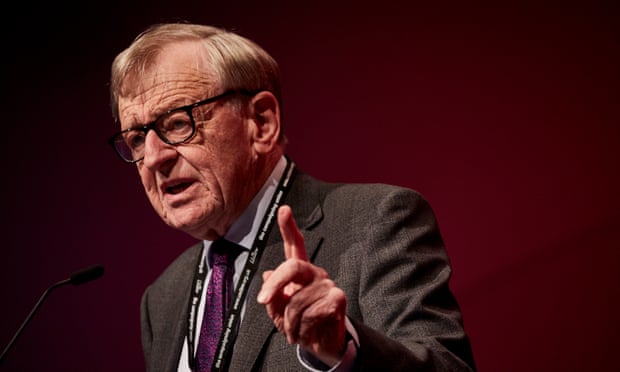 New figures reveal paltry number of minors granted entry under scheme that was meant to resettle 3,000

Only 20 unaccompanied children have been allowed into the UK under a scheme begun more than two years ago to resettle 3,000 vulnerable refugee children from conflict zones in the Middle East and north Africa.

Figures obtained by the Observer reveal the paltry number of minors permitted to come to the UK under the Home Office’s Vulnerable Children’s Resettlement Scheme (VCRS), announced in April 2016. This is the only way for unaccompanied youngsters from outside Europe to legally move to the UK.

Separate new figures also reveal an “incredibly low” take-up under the Dubs amendment, which was also launched in April 2016 but is geared to allowing unaccompanied child refugees from Europe into the UK.

MPs and campaigners hoped the Dubs scheme would resettle around 3,000 children but ministers controversially set a limit of 480, despite councils saying they could find space for far more. However, new figures revealed in a parliamentary answer show less than half that number – 220 – have been transferred to the UK.

Alf Dubs, the Labour peer who tabled the amendment to allow more child refugees into the UK, said: “Unaccompanied children in camps in Europe and conflict zones globally have very few routes to safety. These figures suggest that in the past two years Britain has only taken a few hundred, yet 20,000 unaccompanied children arrived in Europe last year.”

Dubs, who on Monday will present to Downing Street a petition signed by more than 30,000 people, calling on the government to accept 10,000 vulnerable children over the next decade, added: “This represents just three children a year in each local authority. As other countries close their doors, Britain has an opportunity to show global leadership on the protection of child refugees.”

Combined, the two sets of new data show the UK has accepted 240 unaccompanied refugee children in the past 30 months, fewer than the number of child refugees – around 300 – estimated to have died attempting to cross the Mediterranean in 2017. Campaigners argue that if the UK accepted more unaccompanied children from the Middle East and Africa it would offer a route that avoids trafficking, exploitation and death.

Ali, 15, from Eritrea, reached the UK after the capsizing of a smuggler’s boat from Libya, in which his mother and brother died. He will go with Dubs to Downing Street. He said: “I am going to do anything I can to ask Theresa May to help all other child refugees.” Beth Gardiner-Smith of Safe Passage, the charity that helped Ali enter the UK legally 18 months ago, said: “These schemes offered a lifeline of hope to so many children but all we’ve seen is delay after delay.”

Unveiling the VCRS, the government promised it would be “tailored to support vulnerable and refugee children”. A Home Office statement pledged it would resettle “up to 3,000 over the course of this parliament”.

Refugee groups welcomed the move because it would offer resettlement to unaccompanied children, not just those with families, as before. The new figures, from a freedom of information response, confirm that of the 417 children resettled to March 2018, only 20 were unaccompanied.

The Dubs amendment, which was announced in parliament by then prime minister David Cameron, was designed to accept unaccompanied child refugees from Italy, Greece or France. The parliamentary response says just 220 children “are already in the UK”, with no plan to accept more.

The sluggish response of the UK government is, say refugee charities, compounded by the deteriorating conditions of the camps in Europe that children are currently living in. Safe Passage estimates that in Italy alone, at least 7,000 unaccompanied children have run away from the care of the authorities. “We are working with children in desperate situations: some are street homeless, and many are living in camps with their lives on hold,” said Gardiner-Smith.

A Home Office spokesperson said: “The government remains fully committed to our obligations under the Dubs amendment, to relocate 480 children to the UK from Europe, as well as the Dublin regulation to reunite unaccompanied children with close family members in the UK.”