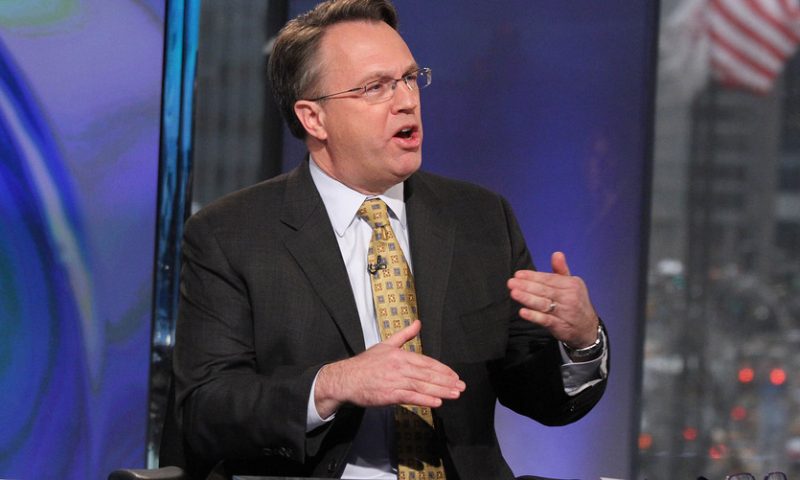 Regulators warn market participants not to add to Libor ‘hole’

Regulators in the U.S. and U.K. see promise in the early adoption of Libor alternatives in parts of the bond markets, even as they call for more action on replacing the scandal-plagued benchmark.

Libor, which is slated to be discontinued at the start of 2020, currently underpins an estimated $200 trillion of financial contracts and securities. But a small, and growing, number of new securities already are being underwritten with Libor replacements ahead that deadline.

“The take-up is growing and it’s growing quite demonstrably,” Andrew Bailey, CEO of the U.K. Financial Conduct Authority, said Monday in New York at a Libor gathering hosted by the Securities Industry and Financial Markets Association.

Bailey highlighted how the sale of new securities underpinned by the Sterling Overnight Index Average, or “SONIA” alternative, now total £28 billion, while issuance of U.S. dollar-denominated bonds in the U.K. using the Secured Overnight Financing Rate, “SOFR,” benchmark totaled $135 billion at the end of June.

SONIA and SOFR are viewed as more reliable and transparent interest-rate benchmarks than Libor because they are overseen by central banks. Libor counts on a collection of banks for its rates and has been prone to manipulation.

Bailey, along with Federal Reserve Bank of New York President John Williams, used the gathering to tout progress on Libor’s transition, but also urged market participants not to drag their feet on replacing the fraught benchmark.

Williams stressed that now is the time to “really reduce, reduce, reduce the financial stability and other risks of this,” in a talk following his prepared remarks.

Both regulators said they feared market participants would wait too long to embrace alternatives, adding to the “hole” created by existing securities that already reference Libor and will outlive the retired benchmark.

Prominent among these existing securities are about $1.2 trillion of older U.S. adjustable-rate mortgages, many of which may need documentation fixes when Libor is discontinued.

“Please don’t think the answer to this problem is that somehow you’re going to be able to force the continuation of Libor,” Bailey warned.

The Fed’s Williams said that progress on moving away from Libor has been slower in the U.S. than in the U.K., even though the U.S. is a much larger, liquid market.

“On one hand, things are going well. We are making progress. Things are ahead of schedule,” Williams said. “However, we only have the 901 days. We need to move more quickly.”

To be sure, mortgage products in the U.S. remain a focal point of regulators given the significant role that mortgage defaults played in the last global financial crisis.

To that end, the Fed has set up a private-sector committee to help banks, lenders and investors navigate the transition away from Libor, while easing the chances that a stumble in securing rate alternatives could lead to financial stability risks.

“Consumer products need to be treated with the highest standard of care,” said Tom Wipf, vice chair of institutional securities at Morgan Stanley and chair of the Fed’s Alternative Reference Rates Committee, while speaking at the Sifma gathering.

One of the committee’s goals is to roll out a framework for floating-rate mortgages that are tied to a Libor substitute, potentially by this fall, that includes clear payments and reset dates so that consumers can easily understand their obligations.

After that, the template could be used for student loans and other types of U.S. floating-rate consumer products that use SOFR as a benchmark.

“The idea isn’t to wait until December 2021,” said Timothy Kitt, Freddie Mac’s head of pricing and execution and a Fed ARRC member.