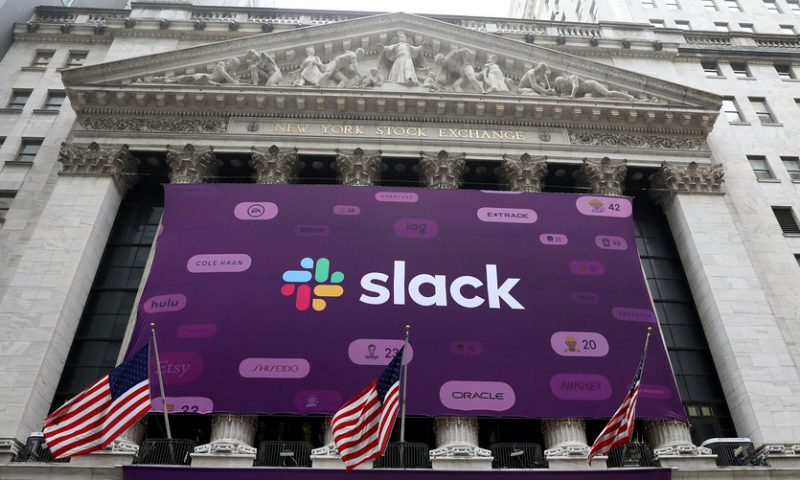 Slack Technologies Inc. shares are rising in Monday trading after at least one analyst bought into the view that the company could kill off email within a few years.

William Blair’s Bhavan Suri initiated coverage of the stock WORK, +3.02% with an outperform rating, writing that the company’s ability to play nice with other parties will allow it to reign supreme in the world of workplace communications.

“We believe Slack will replace or severely displace email over the next several years,” he wrote in a note to clients. “Unlike email, Slack has been purposefully architected to support integrations with other software applications and is designed to foster collaborative team communication, breaking down the silos that exist with email.”

Suri calculates that Slack has a total addressable market of $46 billion if it could convert 40% of corporate email addresses to paying subscriptions at an average revenue per user of $100, giving him an estimate of the market that’s far larger than the $28 billion figure Slack provides. He argues that Slack’s actual total addressable market could be “dramatically higher” given the possibility of a future where “all corporate email accounts could be converted to a paid subscription on a platform like Slack.”

Canaccord Genuity analyst Richard Davis joined Suri in the bull camp, initiating coverage of the stock with a buy rating and $40 target. He acknowledged that fellow first-movers in software saw their stocks soar initially before the companies would “crash and burn” after discovering that “the hobbyist segment of the market is a lot smaller than the TAM conjured by consultants.” Slack, however, looks poised to quiet the doubters, in his view, and dominate like Amazon.com Inc. AMZN, +0.50% Alphabet Inc. GOOGL, +0.45% GOOG, +0.48% Salesforce.com Inc. CRM, +0.99% and Workday Inc. WDAY, -1.88%

Working in Slack’s favor is that the company has “a management team that understands scaling, go-to-market and can adjust to inevitable twists and turns,” Davis wrote.

Barclays analyst Raimo Lenschow also chimed in with a bullish rating, starting coverage of the stock with an overweight rating and $45 target.

“Today, email continues to be the dominant way to interact within business. Slack is changing this by introducing a more modern and comprehensive solution,” he wrote. “If successful, this would create a new, very large market (millions of email users) enabling Slack to be one of the very large, future software leaders – hence our excitement on this name.” Lenschow expects Slack’s average revenue per user to climb as the company continues to add larger enterprise companies as clients.