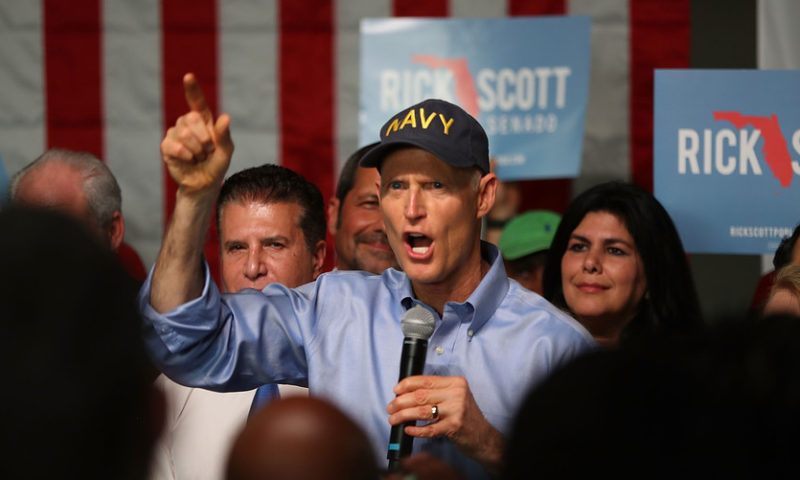 Scott’s lead has steadily dropped to 12,562 votes, or .15%, since election night, when he led by roughly 56,000 votes, and the ongoing counting process has spurred legal action from both parties. Scott and other prominent Republicans, including President Trump, have repeatedly raised the specter of voter tinkering, though a state law enforcement agency has said it has received no allegations of criminal misconduct and the Nelson campaign has refuted the allegation.

Several other statewide races, including the gubernatorial race between Republican Ron DeSantis and Democrat Andrew Gillum, will also proceed to a recount. DeSantis leads Gillum by 33,684 votes, or .41%.

Under Florida law, local election officials will have until 3 p.m. on Wednesday to conduct a machine recount for races within one half of one percentage point. If the margin of victory is less than one quarter of one percentage point after the machine recount, the race will proceed to a manual recount. Election officials will have until noon on Sunday Nov. 18 to complete a manual recount, if necessary.