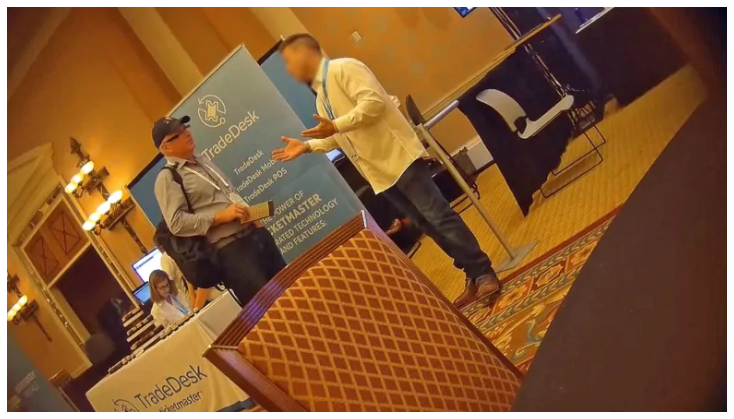 A U.S. law firm is seeking to launch a class-action lawsuit on behalf of fans who purchased inflated resale tickets through Ticketmaster, alleging the company runs a professional scalper program that may have violated consumer rights.

The effort by Hagens Berman follows a CBC News/Toronto Star investigation that found Ticketmaster representatives at a Las Vegas convention were recruiting professional scalpers to use a web-based sales tool called TradeDesk to resell millions of dollars in tickets.

Company reps at the convention told undercover reporters posing as ticket brokers that their division turns a blind eye to scalpers who use hundreds of Ticketmaster online accounts to buy up seats — violating Ticketmaster’s ticket-buying limits.

The revelations have provoked angry responses from music and sports fans around the globe, with many taking to social media denouncing Ticketmaster for profiting from fees on both their box office tickets.

Ticketmaster issued a statement Thursday to CBC News, saying it was “categorically untrue that Ticketmaster has any program in place to enable resellers to acquire large volumes of tickets.”

However, the company did not deny the existence of its program helping industrial-scale scalpers to resell their large inventories.

Ticketmaster also announced it has begun an internal review acknowledging its seller code of conduct prohibits resellers from purchasing tickets that exceed the posted ticket limit for an event. It said its policy also prohibits the “creation of fictitious user accounts for the purpose of circumventing ticket limit detection in order to amass tickets intended for resale.”

In Canada, a lawyer behind a class-action lawsuit already underway against Ticketmaster, and involving allegations of price gouging, says he intends to expand his claim to include damages to fans affected by the company’s scalper program.

Filed in February with the Court of Queen’s Bench for Saskatchewan, Merchant Law Group in Regina notified Ticketmaster and parent company Live Nation that it was preparing to sue on behalf of a Regina resident.

Cheats system, lawyer says
Merchant’s suit has yet to be certified as a class action, and none of the claims have been tested in court.

But he confirmed to CBC News on Friday that he soon plans to amend his statement of claim to include formal allegations and claims for compensation, tied to the secret scalper program.

“It’s a result of the CBC/Star investigation that got us looking at whether we can advance a claim successfully for breach of competition and consumer affairs legislation,” said Merchant. “We knew about the issues of scalpers. But we did not know there was evidence available of them working conjunctively with scalpers. Getting those things on camera are things a court will listen to … You’ve sent us back to the drawing board.”

Merchant says if the suit is allowed to proceed, it will “green-light” the calling of Ticketmaster employees to testify under oath and force the company to hand over internal documents.”

In the U.S., Hagens Berman has set up a website, signing up fans as it prepares its own lawsuit.

“We are evaluating a class action lawsuit to provide restitution to consumers and to stop the unfair business practices that have been reported,” Elaine Byszewski, a spokesperson for Hagens Berman told CBC in an email.

The law firm calls it a consumer rights effort, saying “our firm hopes to achieve relief for the many Ticketmaster customers who purchased inflated resale tickets …. and an injunction forcing Live Nation to end its secret scalping scheme.”

It goes on to say the firm “believes that those who unknowingly paid high prices for scalped tickets facilitated by Ticketmaster deserve compensation for the wrongdoing and profiteering of this corporation.”

Ticketmaster has not yet responded to requests for additional comment regarding the lawsuits.