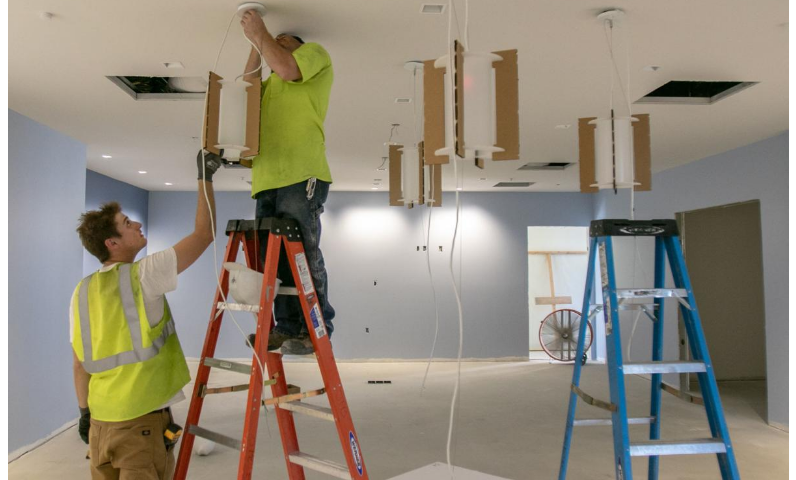 The continued and chronic shortage of skilled labor could undermine local and national economic growth and make development projects more expensive and time-consuming.

Such are the findings of a new survey of national contractors — 80 percent of whom say they are having a difficult time filling positions.

Job openings in the construction industry are at the highest levels since 2000, data from the Bureau of Labor Statistics shows.

“Workforce shortages that make construction projects more costly and slower to build run the risk of undermining broader economic growth,” the report from The Associated General Contractors of America says. “It will take a lot more to offset the misconceptions that have prioritized college preparations instead of skills promotions.”

AGC outlines steps that could be taken at state and local levels to mitigate the labor shortage.

Potential solutions include more collaboration between higher education institutions and skilled labor employers; temporary visa programs to allow the hiring of foreign workers and expansion of federal Pell Grants to include more money for labor training.

The survey’s findings are hardly news to local contractors who have been feeling the labor-shortage pain for some time.

“A lot of kids aren’t as physically active or interested in being outside and swinging a hammer or using a saw,” said Brian Barker, president of Barker Contracting. “I don’t see an immediate solution.”

His firm works with vocational programs in the community to expose youth to construction careers and partners with groups that help place veterans in jobs.

“I think there’s people out there; they just need to be made aware of the opportunity,” said Barker, who is also chairman of the Arizona Builders Alliance.

Local efforts to encourage construction careers include career fairs, apprenticeship programs and the reopening of the carpenter’s training center earlier this year.

UPPING THE ANTE
The labor shortage comes as demand for construction is growing, said Ken Simonson, chief economist for the Associated General Contractors of America.

This has prompted some construction companies to increase base pay or provide bonuses to attract workers, which has resulted in higher project costs and longer completion times, Simonson said.

Earlier this year, development of a massive senior living community in Oro Valley was abruptly canceled — despite being 95 percent preleased — because of labor shortages and the uncertainty of rising steel costs.

The company said subcontractors were unable to guarantee maximum prices or completion schedules because of the uncertainty of having enough workers for the duration of the construction, which was expected to last at least two years.

AGC is launching a digital advertising camping to highlight the benefits of working in the construction industry, organizing construction career signing events and awarding scholarships to students pursuing careers in construction.

But, it’s an effort that is starting from scratch given school systems’ disinclination to promote skilled labor in the past few decades.

Glenn Kroeger, a superintendent for Barker Contracting, pointed to a group of workers on a remodeling project on East Broadway and noted most are over the age of 40.

“Schools guide students to college and almost look down on labor jobs,” he said. “It’s coming back, but we missed a whole generation.”