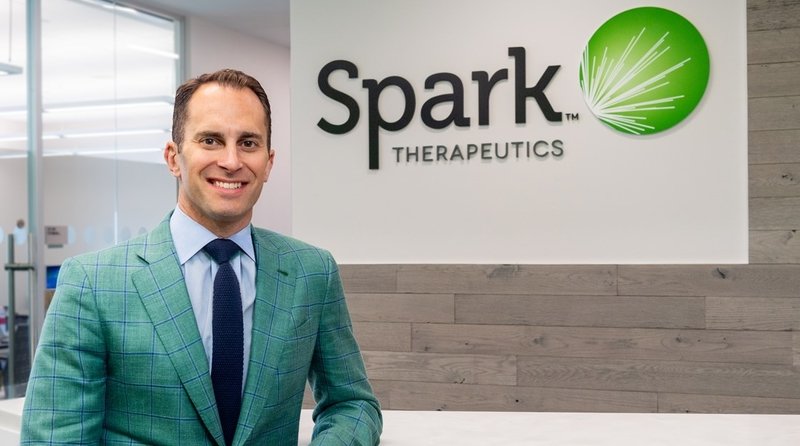 Since coming under the Roche banner in 2019, Spark Therapeutics has been working towards a massive expansion of its manufacturing capacity. Those efforts came to fruition Friday, and the companies intend to leave a few rooms open in the new $575 million facility for future growth.

The facility in Philadelphia is a partnership between Spark and Drexel University that will break ground in the fourth quarter of 2022.

Spark CEO and co-founder Jeff Marrazzo told Fierce Biotech that the company will conduct manufacturing for both commercial and research activities at the Philly campus.

Marrazzo said this expansion was always the plan when Roche first approached him for a takeover.

“Back when I had my very first meeting with [Roche CEO] Severin Swan … we talked about the fact that we, both from different vantage points, believed that gene therapy needed the right long-term oriented investing to make it and allow it to realize its full potential,” Marrazzo said in an interview.

Since the Roche deal closed at the end of 2019, the two companies have been working on the Philly manufacturing facility, according to Marrazzo.

Right now, Spark has a much smaller facility, which was used to get the company’s inherited retinal disease gene therapy, Luxturna, off the ground. Since the treatment targets a fairly small patient population and is delivered in a very small dose, not a lot of manufacturing space was needed to support it, Marrazzo explained.

After new licensing deals with CombiGene and NeuExcell worth a combined $518 million came in over the past year, it was time to expand in a big way. This new project will develop a whole new, multi-floor building, but Marrazzo said it will be “literally a stone’s throw away” from Spark’s existing operations.

Spark will conduct both clinical and commercial manufacturing at the new site. The idea is to bring manufacturing work that’s currently being done by external partners into the Spark-Roche fold. The unit is working on treatments for Pompe disease, hemophilia A and B as well as neurodegenerative diseases, which will be conducted at the new site eventually.

As for new research, Marrazzo said Spark will investigate the manufacturing of adeno-associated virus gene therapies, which have faced supply chain disruption as more and more of these treatments are researched.

But that’s not all. Marrazzo said the new facility will have some blank space to fill with new internal and external programs down the line. That could mean new lab space or manufacturing space. This is just an initial investment, with the focus for now, of course, on getting the facility built, which is expected to drive Spark’s future growth.

That could mean more deals for the Roche unit. Spark is most excited about technologies that can simplify the complexities that exist in gene therapy, such as delivery mechanisms and optimizing the treatment that’s actually being delivered.

“We will always be looking for good ideas, whether they come internally or externally,” he said. “I think you’ll see a combination of things that we do both internal and external. Obviously, the external ones become more visible, but we have a lot of work going on internally on discovery programs, and we have a group just dedicated to platform technologies.”

Construction is not set to get underway until the fourth quarter of 2022, but Spark will have plenty to do in the meantime—not least of which includes planning the build itself.