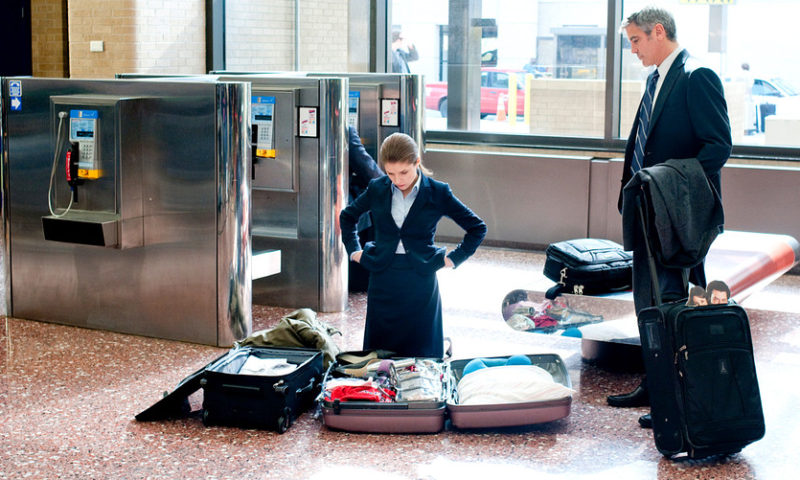 Planning to fly Down Under? You might want to keep your carry-on luggage down under a certain weight.

Australian airline Qantas QUBSF, +2.27% is cracking down on people who travel with heavy carry-on bags, according to a report published this week by Australian newspaper The Daily Telegraph. Passengers whose bags exceed the airline’s carry-on weight limit — 7 kilograms (15.4 pounds) — will be forced to gate-check them.

In a statement to The Daily Telegraph, Qantas defended the move and said it was attempting to make the boarding process “fair” for all travelers, because many passengers attempt to game the system by overloading their carry-on bags to avoid having to check luggage. The airline also argued the “renewed focus” on luggage weight would ensure that the boarding process was faster and safer, because some passengers struggle to lift heavy bags into the overhead bins without assistance from flight crew.

But consumer advocates didn’t buy those arguments. Some took particular issue with the contention that heavy bags endanger flight crew, given that the weight limit is relatively low, at 15 pounds. “This smells of a money grab to me,” said Christopher Elliott, a consumer advocate. “Flight attendants have to be able to open those cabin doors and help passengers, they have to be able-bodied. To take Qantas’ logic to its conclusion, that means that flight attendants can’t lift more than 15 pounds.”

Weight limits on carry-on luggage may seem a tad unusual to American travelers. Stateside, Hawaiian Airlines HA, +3.64% and Frontier Airlines are the only two major U.S. carriers to list limits on how heavy carry-on items may be — 25 pounds and 35 pounds respectively. (However airlines do put restriction on the size of carry-ons, as in, they can’t be more than about 22 inches high by 9 inches deep by 14 inches wide.)

Overseas though, weight restrictions are fairly standard. Indeed, most international airlines based outside the U.S. have some sort of weight limit, including popular carriers such as Lufthansa DLAKY, -0.37% British Airways IAG, -1.15% KLM KLMR, +0.08% Air France AFLYY, -0.60% and All Nippon Airways 9202, -0.57% These rules are also commonplace among budget carriers —besides Frontier, Ryanair RYAN, -13.61% WOW Air and Norwegian Air all have limits in place.

Nevertheless, an airline actually enforcing its carry-on weight restrictions across most of its itineraries is somewhat unusual. “Lots of airlines have carry-on weight limits that either aren’t enforced or are enforced inconsistently,” said Brian Sumers, senior aviation business editor at travel website Skift. Some airlines only weigh carry-on luggage if a passenger checks in with an agent at the airport rather than online.

‘There is no end to the race to the bottom’

But that spotty enforcement doesn’t mean such policies won’t become more prevalent, Elliott said. Qantas’ move is in line with other changes airlines have instituted that ultimately hit passengers in the wallet, including raising the fees for checked luggage and limiting the standard amenities that come with an economy-class ticket. “There is no end to this race to the bottom,” he said. “The only ones who can stop what’s happening are regulators, and so far they have not really done much of anything.”

But more practical considerations may prevent more airlines from following Qantas’ lead. Most airlines already work to weed out carry-on items that exceed the size dimensions, Sumers said, but checking for weight would be more arduous and require additional work on part of airline staff. “To do it right, airlines would probably have to develop a system to weigh bags, and that might mean scales at the gate,” he said. “That’s a lot of work to catch relatively few scofflaws.”

Plus, he sees airlines reaching a ceiling in terms of what fees they can pass onto consumers without eroding passengers and staff satisfaction too much.

Why you should freeze your credit, even if you weren’t involved in the Marriott breach