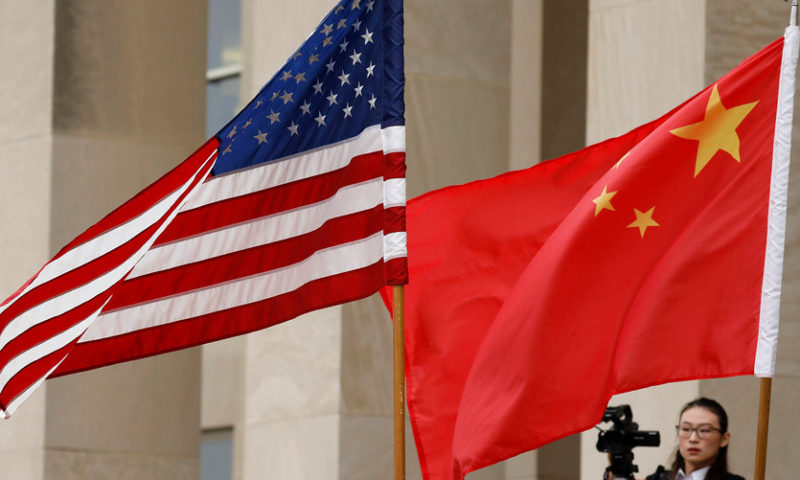 U.S. stocks were poised to rally on Monday, with Dow futures up close to 500 points after the U.S. and China agreed to call a truce to their trade war over the weekend, triggering relief buying of perceived riskier assets such as equities.

How are the main benchmarks trading?

Both the S&P 500 and the Nasdaq logged their best weekly performance since December 2011, while the blue-chip index posted its strongest week since November 2016.

A trade standoff between the U.S. and China saw a breakthrough at the G-20 meeting in Argentina, a gathering that included a highly-anticipated dinner between President Donald Trump and Chinese leader Xi Jinping. The two sides agreed to launch negotiations to cool trade tensions and discuss forced technology transfer, intellectual-property protection, non-tariff barriers, cyber and agriculture issues, among other issues.

If those talks aren’t successful, planned tariffs on $200 billion of Chinese goods will rise to 25% from the current 10%, an increase that was due to kick in at the start of 2019. China also said it would buy a “very substantial” amount of U.S. agriculture, energy and industrial goods.

As well, in a late-Sunday tweet, Trump said China had agreed to “reduce and remove” tariffs on U.S. cars, now set at 40%.

Trade optimism fed through to other assets with crude oil CLF9, +4.04% up over 4%, as investors looked ahead to an OPEC meeting on Dec. 6. Gains came as Russian President Vladimir Putin said over the weekend that his country and Saudi Arabia have agreed to extend a deal to cut output. Also for oil, Qatar said it will withdraw from OPEC on Jan. 1, 2019, in announcement Monday.

The New York Stock Exchange and Nasdaq will close Wednesday, as a national day of mourning will be held in memory of former President George Herbert Walker Bush. A state funeral will be held the same day, and a moment of silence will also be observed during Monday’s trading session.

“In reality, it was never likely that either side was going to back down in their trade disagreements, and upping the ante this close to Christmas would likely have been counterproductive, so the option to maintain the current status quo and defer the 15% increase in tariffs on Chinese goods, due to kick in on January 1 is not only a positive step, but also a fairly easy option to take,” said Michael Hewson, chief market analyst at CMC Markets, in a note to clients.

“Who knows, President Xi and the Chinese authorities may pull a rabbit out of the hat through this new negotiating period and promote enough believe that the U.S. trade representatives permanently leave the tariffs on the $200b at 10%, but that is a big if,” said Chris Weston, head of research at Pepperstone, in a note to clients.

But for now, Weston said, the trade development has triggered a “global sigh of relief” for markets. Whether that is sustainable “will be now down to the economic data due through the week and whether OPEC now deliver the goods.”

Stocks up on US-China deal