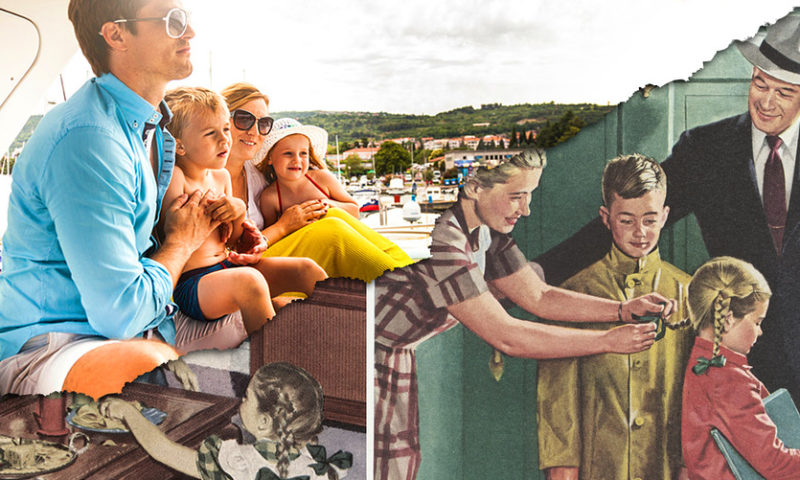 The size of the country’s middle class remained stable, but financial gains were modest

While the lower and upper classes have increased in size over the past decade, the once-shrinking American middle class appears to holding ground.

Just over half (52%) of American adults lived in middle-class households in 2016, up slightly from 51% in 2011, but down from 54% in 2001 and 61% in 1971, according to data released Thursday by the Pew Research Center. The percentage of people in lower- and upper-income households has, meanwhile, crept higher over the same period.

“While the size of the nation’s middle class remained relatively stable, financial gains for middle-income Americans during this period were modest compared with those of higher-income households,” Pew senior researcher Rakesh Kochhar wrote.

“The recent stability in the share of adults living in middle-income households marks a shift from a decades-long downward trend,” he added. “From 1971 to 2011, the share of adults in the middle class fell by 10 percentage points. But that shift was not all down the economic ladder.”

What’s more, people who probably don’t earn enough to be middle class consider themselves to be part of this group. Nearly half of Americans (49%) consider themselves middle class and only one-third of those that do are still satisfied with their financial situation, according to a survey of 2,000 people conducted by market-research group Mintel released last year.

“Americans want access to opportunities that improve the overall quality of their lives,” that study found. “This attitude might be related to income inequality, with people of average income levels feeling relatively unsatisfied with what they have compared to the top 1%.”

There is no universal definition of the middle class. The Pew Research Center often uses the middle wealth quintile, the middle 20% of Americans’ income and wealth. Other economists have said it’s defined as making 50% above or below the median annual income.

Most Americans regard a college education as a critical component to becoming middle class. Some 71% of people with a college degree consider themselves middle class versus just 58% of people with a high school diploma or less, according to a 2012 survey by Gallup. And yet college graduates in 2017 are shouldering $1.3 trillion in student debt.