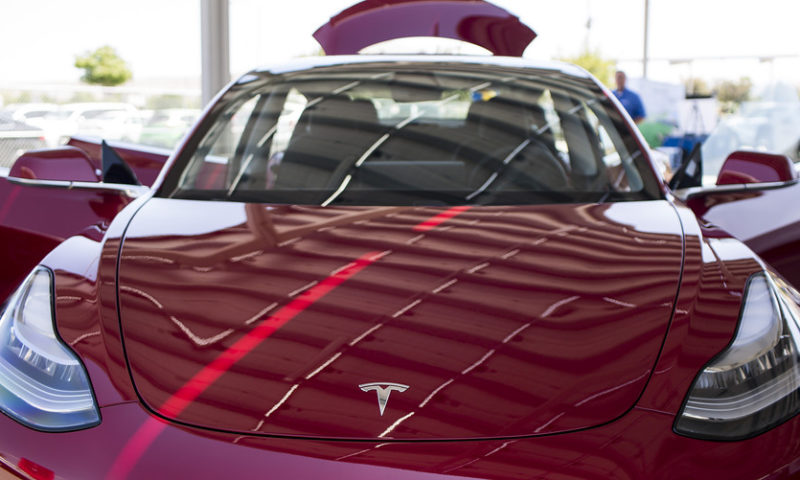 Trounce comes as company’s first-quarter deliveries are on tap

Tesla Inc. shares are poised to end March with their worst monthly decline in a year on concerns the Silicon Valley car maker’s first-quarter deliveries will disappoint even already dialed-down Wall Street expectations.

The stock fell more than 16% in the quarter, its worst since third-quarter 2018. In contrast, all three major stock indexes are on track to gain at least 10% quarterly.

The first-quarter delivery numbers are expected for next week, likely on Tuesday or Wednesday.

Analysts polled by FactSet expect the company to report deliveries of 76,000 vehicles in the quarter, including 54,600 Model 3 sedans.

Analysts at Deutsche Bank on Friday were the latest to cast doubt on Tesla’s first-quarter deliveries.

They said in a note they expect the car maker to report Model 3 deliveries of 52,400 sedans, down by 5,000 vehicles, to account for weaker-than-expected “sales in the U.S. and logistical delivery challenges in Europe.”

Deutsche Bank’s price target on Tesla went to $295, from $345. They kept their hold rating on the shares.

Unlike several other auto makers, Tesla does not report monthly sales; rather, it reports quarterly production and delivery numbers a few days after the end of the quarter.

It reported fourth-quarter deliveries below expectations in early January, even as it said it delivered almost as many vehicles last year (a total of 245,240, including 145,846 Model 3 sedans) as it did in all of its prior years combined.