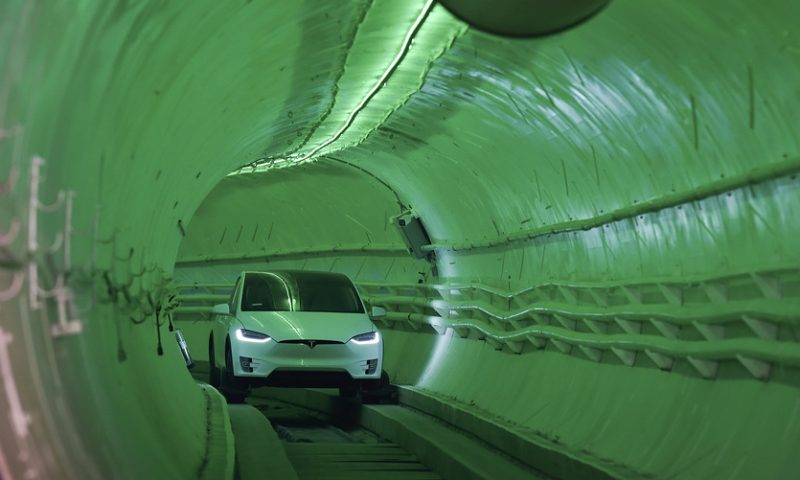 Tesla Inc. shares on Monday ended at their lowest in nearly 2½ years as Wall Street continued to worry about the company’s growth prospects and attempt to curb expenses.

“The stock recently fell through key technical support levels, so there’s a lot of momentum to the downside,” said Garrett Nelson, an analyst at CFRA.

The shares could slide “all the way down to $180 before it can stabilize,” even though they are getting oversold, Matt Maley, an equity strategist at Miller Tabak, said in a note.

Adding to the downward momentum, analysts at Wedbush earlier Monday cut their price target on Tesla to $230 from $275, a 15% upside over midday prices, saying “clouds are getting darker” for the company.

“We continue to have major concerns around the trajectory of Tesla’s growth prospects and underlying demand on Model 3 in the U.S. over the coming quarters which is putting more heat in the kitchen on (Chief Executive Elon Musk)” and Tesla to rein in expenses with an eye toward hitting its profitability goals in the second half of the year, “a Kilimanjaro-like uphill climb,” the Wedbush analysts said in a note Monday.

Tapping capital markets to the tune of $2.4 billion earlier this month was “a smart strategic step forward” to give the company a “more formidable” balance sheet ahead of significant debt payments as well as a choppy profitability profile over the next 12 to 18 months, the Wedbush analysts, led by Dan Ives, said in the note.

They kept their equivalent of a hold rating on Tesla. Ives and his team cut their views to hold from buy in April, when they deemed the company’s first-quarter results miss and the accompanying call with analysts “one of the top debacles we have ever seen.”

The analyst also cited a Musk memo to employees leaked last week about controlling and approving all expenses, part of a cost-cutting plan.

Moreover, “with a code-red situation at Tesla,” Musk and executives are expanding into insurance, robotaxis, and “other sci-fi projects/endeavors” when the company instead should be laser-focused on shoring up core demand for Model 3 and simplifying its business model and expense structure,” they said.