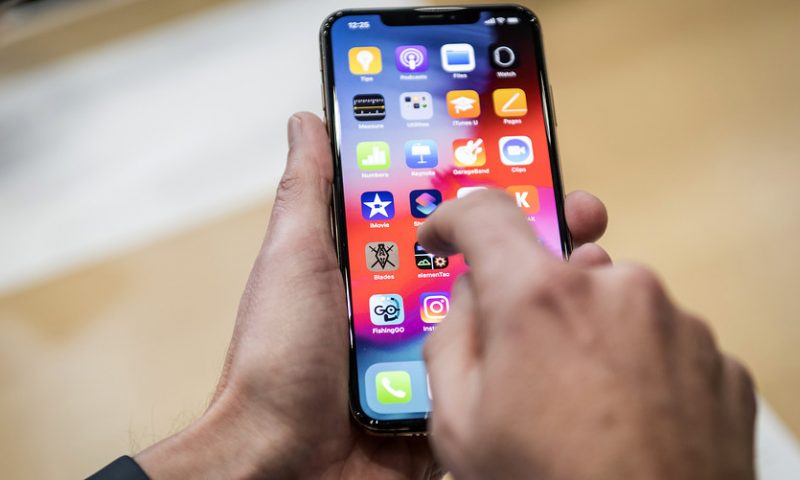 Trade tensions could prompt Chinese consumers to shift toward local smartphone brands — whether or not Apple is forced to raise prices: analyst

HSBC analyst Erwan Rambourg cut his target price on Apple shares AAPL, -3.13% to $174 from $180, writing that the company faces two big challenges in China due to trade-war issues. Chinese consumers may “accelerate” their adoption of local iPhone substitutes as trade tensions worsen, he said. And even those who wished to buy iPhones might have trouble doing so if a new wave of tariffs hits smartphones, which would likely prompt Apple to increase prices.

“We believe an escalation/elongation of the trade tension will likely have an impact on how Chinese consumers perceive U.S. branded products, chiefly iPhone and given that China plays a big role in terms of products and services revenue for Apple, this remains a key risk,” he said.

The stock is off 3% in morning trading Monday. Shares of several of the company’s suppliers are dropping as well as they start to comply with a U.S. order barring them from selling components to Huawei Technologies Co., a Chinese telecommunications giant.

Rambourg, who rates the stock at reduce, said its too early to get excited about several dynamics at Apple thought to be bullish catalysts for the shares. He questions whether the arrival of 5G connectivity will prompt a big wave of iPhone upgrades given the “slow-moving and scattered 5G rollouts” and argued that Apple will also have trouble cracking the Indian market even though the company has been reducing iPhone prices there.

“Although price cuts in emerging markets in order to align prices to the US levels or aimed at reducing the pricing gap versus the closest flagship phones from competition may help drive up interest, we think a price game may not be a good long-term strategy and may curtail margins,” he wrote.”