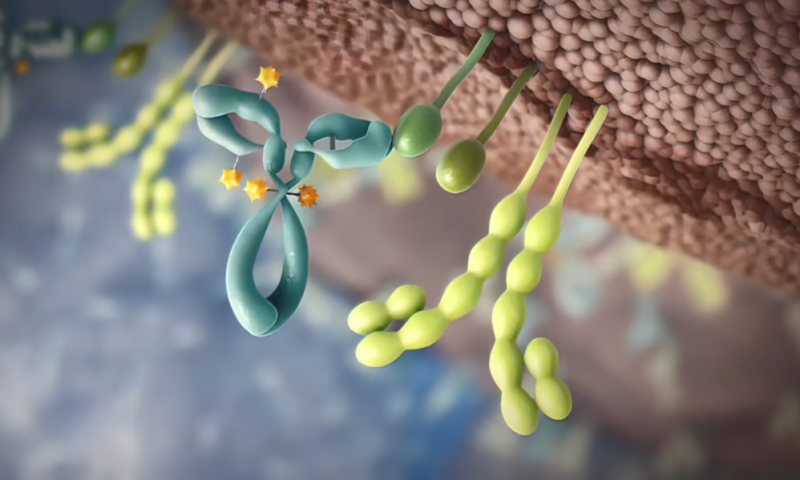 Meet the most important molecules you’ve (probably) never thought about: adhesion molecules, proteins on the surface of cells that help them communicate and coordinate with each other. They’re vital to a myriad of processes, from tissue formation to neuronal connections and immune cell signaling.

Now, scientists at the University of California. San Francisco have figured out how to develop synthetic adhesion molecules that could one day be used to build new organs and treat disease. In a study published Dec. 12 in Nature, the researchers described how they created a platform on which they could swap out components of different types of adhesion molecules, giving them customizable “cellular glue” with an array of applications.

Lim likens the body’s 30 trillion cells to a complex jigsaw puzzle that’s held together by adhesion molecules. There are at least five different groups of them, each of which contain thousands of different types. Lim’s lab has been working on understanding the patterns and rules behind their communication and coordination as part of a broader goal of designing better cell therapies.

“We don’t fully understand how all of these molecules work. There are many of them, and they’re very complicated,” he said. “We realized what would be powerful would be if we could learn the rules of how you make a customized molecule that you can program into a cell and instruct who it should bind to and how strong that interaction should be.”

To that end, they developed a modular structure with two customizable components: a piece on the outside that determines what kinds of cells the structure can interact with and another on the inside that determines how strong the interaction will be. Cell bonds can be weak or tight depending on the context. For example, immune cells stick to other cells as they trawl through blood vessels on the way to an infection site, but that mobility requires weak, easily breakable cell-cell interactions. On the other hand, the bonds between the cells that make up organs must be very strong.

The researchers were able to develop adhesion molecules that could create bonds beyond those found in nature, too.

“We showed that we can make many different flavors of these customized molecules and really make new custom interactions between cells,” Lim explained. “That shows there’s a big universe of possible adhesion molecules that we can make that aren’t natural that allow us to now start thinking about connecting things that either didn’t connect or were connections between cells that are defective.”

“[The field is] making some progress but it’s not that great, and being able to scaffold organs with customized interactions that hold the right cells in the right place would be a really powerful tool in that regard,” Lim said.

Besides building better organs, the synthetic adhesion molecules can also be used to build better disease models. Some researchers in Lim’s lab are applying them to organoids, small 3D tissues that are grown from stem cells. They’re also looking at how they can be used in diseases like multiple sclerosis, a neurological condition caused by degradation of the coating around nerve cells that helps them transmit signals. Synthetic adhesion molecules could potentially be used in multiple sclerosis treatment by improving cell-to-cell transmission or even regrowing the missing coating.

While such applications may be a long way off from the clinic, having a toolkit to try new ideas sets the future in motion, Lim said.

“We really have established a pretty controlled modular set where we can test out ideas where we can connect things in different ways and modify what kind of interaction it is,” he explained. “We are now in a position to think and really explore.”