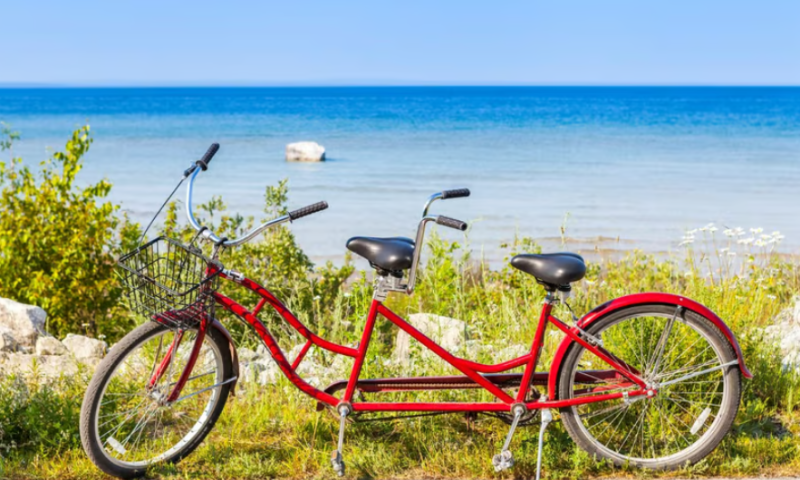 In a fitting move for Tandem Diabetes Care, the San Diego-based company is joining forces with another maker of insulin pumps to instantly double its diabetes technology offerings.

Joining Tandem on its bicycle built for two is AMF Medical, which is based in Switzerland and is currently developing a patch pump for automated insulin delivery. The acquisition deal, announced Tuesday, comes shortly after Tandem made a strategic investment of 8 million Swiss francs ($8.6 million) in AMF during the third quarter of this year.

The total deal value comes out to 200 million Swiss francs, or about $216 million. That includes the previous investment, as well as another 62.4 million francs that’ll be paid in cash once the deal closes. The remaining 129.6 million francs will be paid out as AMF hits certain milestones, including a reward of more than 90 million francs if and when the company’s insulin patch pump lands FDA clearance.

Tandem and AMF are aiming to finalize the acquisition within the next few weeks, with an expected closing date in January 2023.

AMF’s Sigi patch pump comprises an adhesive pad that sticks to the skin and the insulin pump itself. Using the company’s one-click applicator, the pump can be easily clicked off and on over time for recharging and refilling with prefilled insulin cartridges.

Users will receive two pumps in their Sigi starting kit—along with the USB charger—so they can recharge and refill as needed without any gaps in insulin delivery. Each pump is designed to last for several years.

The wireless system is meant to slot easily into a user’s existing diabetes management regimen by connecting via Bluetooth to existing continuous glucose monitoring devices and algorithms and to smartphones and other dedicated controllers.

According to AMF, after a two-week trial (PDF) using a prototype of the Sigi device, 100% of patients who had given up on using other insulin pumps and switched back to multiple daily injections to manage their diabetes said they’d “absolutely” switch to the Sigi patch pump as soon as it’s available, while 80% of current pump users agreed.

The system has yet to receive regulatory clearance in Europe or the U.S., but last year, it scored the FDA’s breakthrough device designation, which will ensure its eventual application for clearance is moved to the top of the pile.

This is the second acquisition for Tandem this year. In July, it picked up Capillary Biomedical for an undisclosed amount. The Southern California startup is in the process of developing an insulin infusion set—that is, the mechanism that delivers insulin to the body from a standard pump, as opposed to an all-in-one patch pump like AMF’s—that’s meant to be worn for up to seven days, compared to the current standard wear period of two to three days.

Novartis says rare disease med ‘stands on its own,’ diving deeper into head-to-head win against AstraZeneca