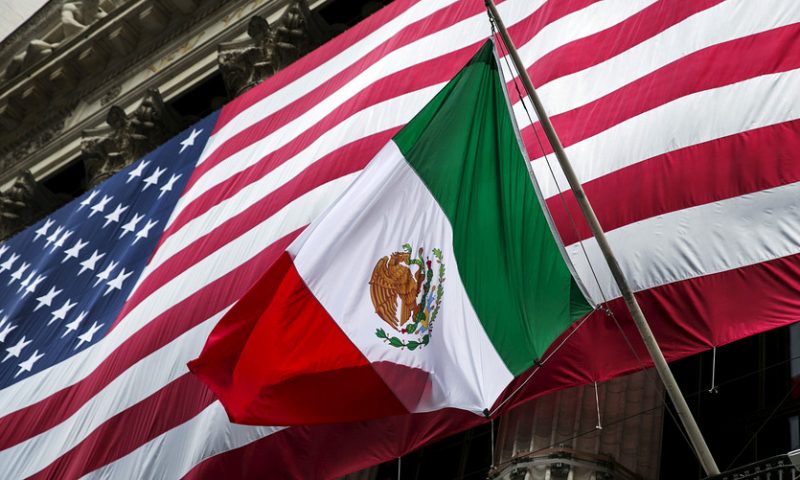 Stocks closed sharply lower Friday, with the market logging its worst May since 2010, after President Donald Trump unexpectedly announced plans to impose tariffs on imports from Mexico in an attempt to pressure the country to stem the flow of migrants across the U.S. border.

Meanwhile, reports said China may be readying fresh retaliatory moves against the U.S. in that trade dispute, while data showed a contraction in Chinese manufacturing activity this month.

May, which in recent years has been a good month for stocks, has been dismal this year with the Dow falling 6.7% while the large-cap index lost 6.6% and the Nasdaq declined 7.9%. For the week, the blue-chip gauge shed 3% for its sixth straight week of losses, the longest weekly retreat since June 2011. The S&P 500 was off 2.6% and the Nasdaq slid 2.4% for the week.

Late Thursday, just as Asian markets began trading, Trump announced in a tweetthat the U.S. would impose a 5% tariff on all goods from Mexico until that country stops the flow of illegal immigrants into the country. He said the tariffs will rise to 10% on July 1 if the crisis persists, and by another 5% for every successive month, up to 25% by Oct. 1.

“Tariffs will permanently remain at the 25% level unless and until Mexico substantially stops the illegal inflow of aliens coming through its territory,” Trump said.

The threat comes as the White House triggered the process for submitting a bill to Congress that would implement the new the U.S.-Mexico-Canada Agreement, the successor to the North American Free Trade Agreement.

Stocks were also battered after a tweet from Hu Xijin, the widely followed editor of the Global Times, indicated that China will hit back hard at the U.S. “Based on what I know, China will take major retaliative measures against the U.S. placing Huawei and other Chinese companies on Entity List. This move indicates Beijing won’t wait passively and more countermeasures will follow,” the editor tweeted. Global Times is a Chinese state-owned tabloid that is watched for clues to government policy stances.

Beijing reportedly has a plan ready to go to restrict exports of rare earth materials to the U.S. if they feel it is necessary, according to Bloomberg. Those measures would be concentrated on heavy rare earths, which are used in autos and lots of consumer products and particularly needed by the U.S.

Investors were also digesting negative economic news out of China, as manufacturing activity contracted in May, weighed by weaker export orders amid escalating trade tensions with the U.S.

The University of Michigan’s final consumer sentiment index reading for May came in at 100 versus an initial 102.4, but remained up from 97.2 in April.

“The escalating trade tensions are a challenge. At the moment it is a challenge for market sentiment. It is not yet a challenge for the economic data,” said John Bellows, a portfolio manager at Western Asset Management, in a note. “The models we have looked at suggest the economic impacts could be manageable, and the effects will most likely be transitory. The conflicts could also get resolved. But, if sentiment continues to deteriorate then that itself can become a more serious issue.”

The worst-case scenario is one in which foreign governments, namely China and Mexico, “simply wait Trump out given we’re 19 months from an election,” wrote Tom Essaye, founder of Sevens Report Research, in a report.

“In that outcome, there is no China trade deal and tariffs (Chinese and Mexican) act as an anchor on global growth and market sentiment for 18 months, increasing the chances of recession,” he said.

Shares of Uber Technologies Inc. UBER, +1.53%  rose 1.5% after the ride-hailing company late Thursday reported a first-quarter loss of $1.01 billion. Investors are cheering assurances from executives that a price war with rival Lyft Inc.LYFT, +5.09% was settling down.

The Mexican peso USDMXN, +2.4527% fell sharply, with that currency recently down over 2% against the dollar, while the Japanese yen USDJPY, -1.26% soared on haven-related buying.

Stocks to fall 15% to December meltdown levels, this chart predicts