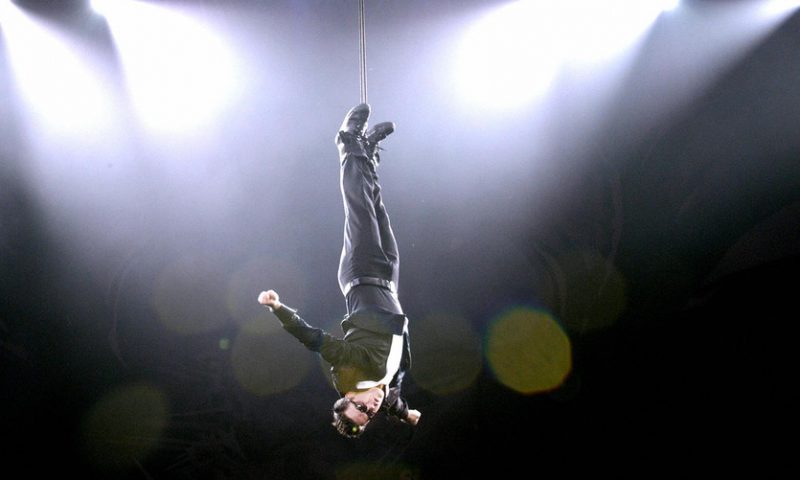 May left a mark.

Even before heavy losses on Friday , the S&P 500 was on track to suffer a black eye on the monthly chart in the form of a “bearish key reversal.” That’s illustrated in the candlestick chart below, from a Thursday note by George Davis, chief technical strategist at RBC Capital Markets:

Key reversals are chart patterns that mark trend changes at extremes. A bearish pattern, which sees stocks close at a high in one period, extend that rise in the following period but then retreat to close below the previous period’s low.

To prevent the pattern, the S&P 500 SPX, -1.32%  would have required a Friday close above the April low of 2,848. Instead, stocks fell sharpy following President Donald Trump’s threat to put escalating tariffs on all Mexican imports — a move that heightened worries over the outlook for economic growth and rattled global financial markets.

The lmonthly reversal “presages deeper price declines” and warrants the “maintenance of a defensive posture,” Davis wrote. In the chart, Davis highlights long-term uptrend support at 2,476.

May began on an ominous note, Davis recalled, with the S&P 500 posting a bearish key reversal on the daily chart in the session after notching an all-time closing high. That downturn led to increased risk aversion levels across asset classes, he said.

This week’s break below 2,801, meanwhile, completed what technicians call a head-and-shoulders topping pattern — a formation of three peaks, with the highest in the middle — that Davis said opens up the index to downside targets at 2,722 and then 2,682, with a measured objective that could take it to around 2,651.