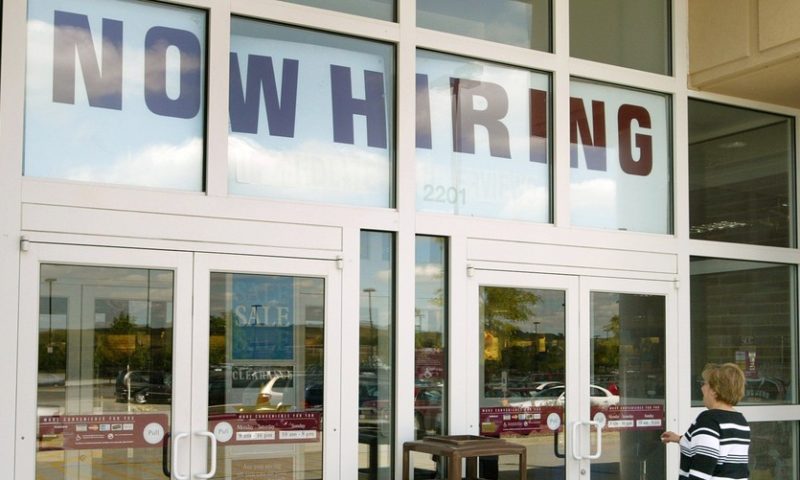 Stocks kicked off February on a tepid note but managed to close mostly higher Friday after an unexpectedly strong January jobs report helped to blunt the sting of a weak outlook from e-commerce giant Amazon.com Inc.

The Dow Jones Industrial Average rose to extend its winning streak for a sixth week, the longest since November 2017 when the blue-chip index advanced for eight weeks in a row.

The U.S. economy created 304,000 new jobs in January, well above the consensus estimate of 172,000 produced by a MarketWatch survey of economists. At the same time, job growth for December was reduce by 90,000, somewhat blunting the impact of the headline number.

The figures show that there was only muted effect on the U.S. economy by the recent government shutdown, though the unemployment rate ticked up to 4% from 3.9%, partially as a result of federal workers not receiving paychecks for much of January.

Average hourly earnings edged up 0.1%, slightly below consensus expectations of 0.2%, a figure that will reinforce the decidedly dovish stance the Federal Reserve adopted earlier this week. The 12-month rate of hourly wage gains dipped to 3.2% from a revised 3.3% in the prior three months, a postrecession high.

Other data also indicated that the economy remains on a solid footing.

The ISM manufacturing index’s final reading for January came in at 56.6%, above the initial reading of 54.1% and the 54.3% expected by economists, according to a MarketWatch poll.

The IHS Markit final U.S. manufacturing purchasing managers index reading came in at 54.9 in January, up from 53.8 in December but unchanged from an initial estimate.

The University of Michigan raised its reading of consumer sentiment for January from an initial print of 90.7 to 91.2. That compares to a 98.3 reading for December and was the worst final reading since Donald Trump was elected president.

Construction spending rose in November, up 0.8% from October to a seasonally adjusted annual rate of $1.2 trillion, the Commerce Department said Friday morning in a release that was delayed due to the government shutdown.

It also announced that wholesale inventories rise 0.3% in November from the prior month.

“The one piece of data that has been consistent over the past eight years is strong job growth,” he said. “And those numbers have been insufficient to affect the Fed’s reaction function,” he said, adding that the dovish turn “we’ve seen from the Fed is so dramatic that one good report is not going to get them to reverse course.”

“Under normal circumstances we would have had a negative reaction to this number, because it would cause the market to expect more rate hikes,” said Tom Essaye, president of the Sevens Report.

“But this won’t change the Fed’s calculus. Also, jobs are a really bad lagging indicator of future economic activity. If you want to trade and time recessions using jobs numbers, you’ll lose a lot of money,” he said, adding that the Fed is more focused on other indicators that show inflation and inflation expectations falling in recent months.

Shares of Amazon.com AMZN, -5.38% skidded 5.4% after it reported record holiday-quarter earnings and revenue late Thursday, but offered an outlook for the current quarter that was below expectations.