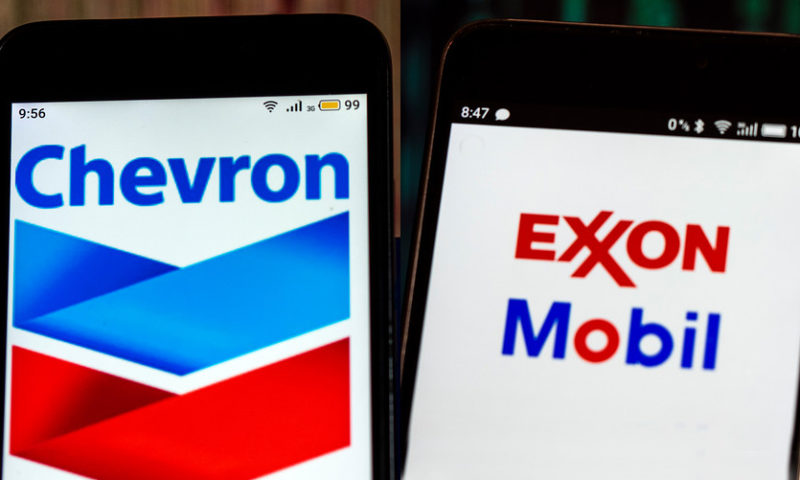 Shares of Exxon Mobil Corp. and Chevron Corp. were among the top gainers Friday after the integrated oil companies presented a mixed fourth-quarter picture to Wall Street.

Analysts at Raymond James kept the equivalent of a sell rating on Exxon’s stock, calling to attention its “uninspiring production outlook and lack of share buyback.”

Production was also a mixed bag, the analysts said, pointing out to growth in oil production and “major headwinds” in U.S. and Europe natural gas production.

Shares of Chevron have declined 5.3% in the past 12 months, while Exxon shares have lost 15%. That compares with losses around 4% for the S&P 500 indexSPX, +0.09%  and the Dow Jones Industrial Average DJIA, +0.26% which Exxon and Chevron are components.