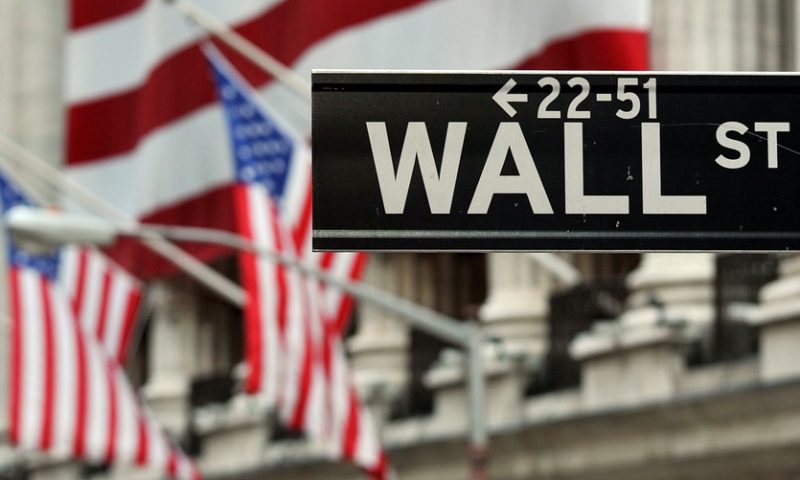 Stocks closed modestly lower Monday, ahead of a fresh round of high-level tariff negotiations between Beijing and Washington that are scheduled to begin later this week.

Last week, the Dow lost 0.9% for a third weekly decline, while the S&P 500 ended 0.3% lower also posting a third down week, but the Nasdaq managed a gain of 0.5%, snapping a two week losing streak.

Chinese officials have expressed reluctance to hammer out a broad agreement when they meet U.S. counterparts in Washington Thursday and Friday, Bloomberg News (paywall) reported on Sunday, citing people familiar with the situation. The report said Vice Premier Liu He, President Xi Jinping’s No. 2, would arrive for discussions in Washington with terms for a deal that won’t include “commitments on reforming Chinese industrial policy” or “government subsidies.”

Stocks recouped early morning losses after Larry Kudlow told reporters outside the White House Monday morning that the U.S. could be open to a short-term deal as long there is a plan to deal with “structural issues” at some point. He also praised China for being “a little more cooperative recently” as evidenced by increased purchases of U.S. agricultural goods.

Equities reversed course again in the final hours of trade after reports that the Chinese Commerce Ministry was prepared to strike a deal on areas where the U.S. and China agree, but that it will not make “changes to their laws to protect intellectual property,” according to Fox Business Network.

The new round of Sino-American talks would come as the Trump administration is embroiled in an intensifying impeachment inquiry, which may not directly impact investment sentiment in the U.S., but may be been seen by Chinese officials as weakening the president’s negotiating position, experts told Bloomberg.

The whistleblower complaint, which alleges that the Republican president sought to use the powers of the Oval Office to push Ukraine to investigate Democratic rival Joe Biden and his son Hunter, and that White House officials acted to conceal evidence of those actions, has been the subject of a House impeachment inquiry.

“A second whistleblower in the Trump-Ukraine scandal will embolden China even more. The optimism over these trade talks had already been washed away with last weeks’ market sell off,” wrote Jasper Lawler, head of research at London Capital Group in a Monday research report.

“News that China wants to restrict the topics covered by a trade deal with the US is another blow to getting the comprehensive deal desired by the US,” he said.

Elsewhere, German manufacturing orders declined by 0.6% on the month, official data showed. Economists polled by The Wall Street Journal had forecast a small improvement of 0.2% growth. On an annual comparison, orders plunged by 6.7% adjusted to calendar and price effects.

The economic report follows a key reading of the U.S. labor market Friday, which showed the U.S. economy added 136,000 new jobs in September, slightly less than forecast, and the pace of job growth fell to the slowest in four months. But the U.S. unemployment rate dropped to 3.5%, the lowest rate since December 1969.

The report had calmed fears of a recession but provided enough evidence of a slowing economy to maintain market expectations for another Federal Reserve interest rate cut in late October.

Federal Reserve Chairman Jerome Powell gave brief remarks at an event in Salt Lake City Utah after the central-bank boss on Friday in Washington, D.C. described the economy as healthy but facing challenge from low growth, low inflation, and low interest rates. He used the speech to reiterate the Fed’s independence from day-to-day political concerns.

Shares of General Electric Co. GE, -0.12% fell 0.5% after the industrial conglomerate said it would freeze pensions for roughly 20,000 workers.

Contract talks between striking auto workers and General Motors Co. GM, -0.46%  dragged into their fourth week and appear at an impasse, according to reports that the union and its employer cannot come to terms over product commitments at U.S. factories. Shares of the auto maker lost 0.1%.

Shares of the newly debuted SmileDirectClub Inc. SDC, -8.36%  fell 8.4% Monday, even after JPMorgan and Stifel initiated coverage of the orthodontics company with buy ratings. JPMorgan put a price target on the company of $31 that is more than double its closing price Friday of $14.72, after a scathing short seller report put pressure on the stock Friday.

U.S. military personnel began pulling back from the Syria-Turkey border, according to The Wall Street Journal and other news outlets, after Trump ordered the Pentagon to clear the way for Ankara to launch an offensive against Kurdish fighters. The Kurds had spearheaded the U.S. campaign against Islamic State and have warned of all-out war with Turkey in northeastern Syria.

The lira extended its slump after Trump, in a tweet, said he would “destroy and obliterate the Economy of Turkey” if the country “does anything that I, in my great and unmatched wisdom” consider to be “off limits.”