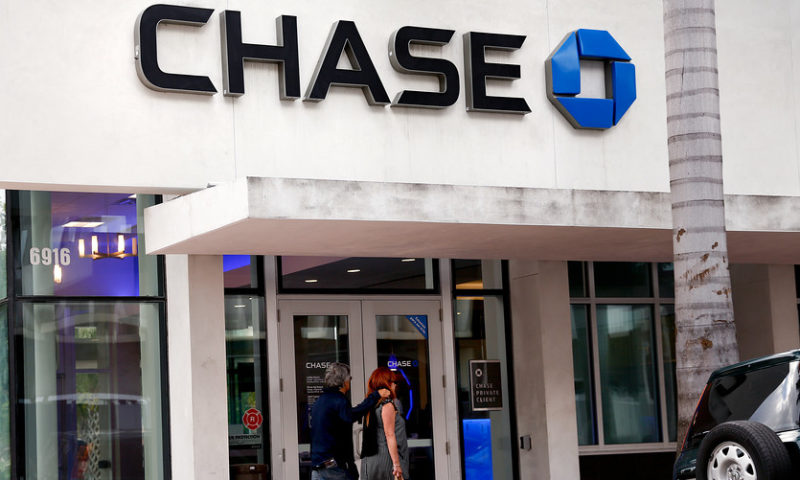 S&P 500 and Nasdaq finish above key levels for the first time since Dec. 13

U.S. stocks snapped a two-session skid Tuesday, with the S&P 500 and the Nasdaq finishing above psychologically important levels for the first time in a month, as a robust tech rally offset lackluster results from major U.S. banks, including Dow-component JPMorgan Chase & Co.

News of a fresh round of stimulus in China have also helped to calm fears about the impact of slower Chinese growth on the global economy.

Both the tech and communications services sectors rallied, rising more than 1%. Netflix Inc. NFLX, +6.52% shares jumped 6% after the video-streaming company said it would raise U.S. prices by 13% to 18%, the biggest rise since launching its streaming service 12 years ago.

Read: Great things are expected for (most) FAANG stocks in 2019

An announcement from the People’s Bank of China that it would increase efforts to spur their economy by improving credit availability for smaller companies and a pledge by the Chinese Ministry of Finance to cut taxes and ramp up infrastructure spending helped to buoy market sentiment.

The comments come a day after China’s trade data came in weaker than expected, underlining worries that the country’s economy was locked in a downturn that could weigh on global expansion amid a protracted tariff spat between China and the U.S.

An announcement from the People’s Bank of China that it would increase efforts to spur their economy by improving credit availability for smaller companies and a pledge by the Chinese Ministry of Finance to cut taxes and ramp up infrastructure spending helped to buoy market sentiment.

The comments come a day after China’s trade data came in weaker than expected, underlining worries that the country’s economy was locked in a downturn that could weigh on global expansion amid a protracted tariff spat between China and the U.S.

In the U.K., Prime Minister Theresa May’s plan to leave the European Union by a March 29 deadline was rejected overwhelmingly by the parliament, triggering more uncertainty as the country struggles to engineer an orderly exit from the trade bloc. In a crushing defeat, 432 members voted against May’s proposal while 202 voted in favor.

The upside may have been limited by JPMorgan Chase’s fourth-quarter earnings report, which showed the financial behemoth delivering results that fell below analysts’ estimates for both profit and revenue. The tepid earnings come on the heels of Citigroup’s weaker-than-expected results, which were fueled by a poor showing in fixed-income and currency trading, and may raise concerns about the vitality of the U.S. economy as well as banks’ ability to deal with volatility.

Wholesale inflation fell 0.2% in December, driven by lower gasoline prices. Year-over-year, prices paid by businesses for inputs rose 2.5%, unchanged from last month and down from a seven-year peak of 3.4% last July.

The Empire State index, which tracks manufacturing activity in New York state, fell a sharp 7.6 points to 3.9 in January, according to the New York Fed. That is well below the reading of 12 expected by economists, according to a survey by Econoday.

Expectations the Federal Reserve will slow its pace of rate increases were reinforced by comments from Kansas City Fed President Esther George, a voting member of the rate-setting Federal Open Market Committee this year and one of the central bank’s most reliable proponents of rate increases.

George, in a speech, said now “might be a good time to pause” in the rate-hike cycle to allow the Fed to get its bearings.

In China, the cavalry came to reinforce policy makers’ support of the economy, strategists said.

Assistant Minister of Finance Xu Hongcai indicated that there will be significant tax cuts and support for small- to medium-size companies and PBOC’s Deputy Governor Zhu Hexin said the bank would adopt “a more flexible monetary policy” given China’s “complicated” economic reality.

“Regardless of the [Brexit] outcome over the next few months, the impact on the global economy or financial markets will be minimal,” said Christopher Smart, head of macroeconomic and geopolitical research at Barings, in emailed comments. “There will be continuing near-term damage for Britain as there may be unexpected interruptions in the exchange of goods and services and delays in investment. In the long term, however, whatever the legal outcome, Britain will remain deeply integrated with the EU.”

JPMorgan’s earnings disappointment, its first such in 15 years, was similar to Citigroup’s on Monday, in that it was driven by a large decline in its capital markets operations, rather than lending to households or corporations, Axel Pierron, managing director of capital markets management consulting firm Opimas, wrote in a note. “The situation is strongly attributable to market conditions, notably in the bond market,” he wrote.

Sherwin-Williams Co. SHW, -4.11% stock fell 4.1% after the company warned that full-year profits have fallen short of guidance and analyst expectations.

Shares of Blue Apron Holdings Inc. APRN, +45.19% surged by more than 45% after the meal-kit company predicted it would reach profitability on an adjusted-Ebitda basis in the first quarter and full year 2019.

Americans lost $1.7 billion trading bitcoin in 2018 — and more than half don’t know they can claim a deduction