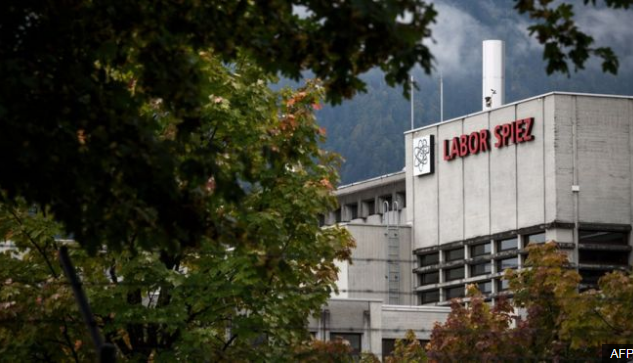 Two Russian men were arrested earlier this year on suspicion of spying on a Swiss laboratory investigating the poisoning of Sergei Skripal, a newspaper investigation has claimed.

Swiss publication Tages Anzeiger and Dutch paper NRC said they were arrested in the Netherlands earlier this year.

The Swiss lab analysed samples from the poisoning of the former Russian double agent in the UK.

It has also dealt with suspected chemical weapons from the war in Syria.

The two men were expelled from The Netherlands shortly after their arrest, which had not been reported until now.

A spokeswoman for Swiss intelligence told the BBC that the agency had been actively involved in “the case of the Russian spies”, without mentioning the laboratory at Spiez, near Bern.

But Tages Anzeiger said the Swiss intelligence agency had confirmed the findings of its joint investigation with NRC.

The report says the two men had equipment that could have been used to break into the laboratory’s computer systems, and also alleged that they worked for Russian intelligence.

Britain has said that two Russian intelligence officers carried out the poisoning of Sergei Skripal and his daughter Yulia in Salisbury in March. Both survived, but local resident Dawn Sturgess died after exposure to the same nerve agent months later.

NRC said the two alleged spies targeting the Swiss lab were not the same men accused of the poisoning.

It is not clear exactly when the arrests were made. But British intelligence are said to have been involved in the intelligence operation, suggesting it occurred after the Salisbury poisonings.

Isabelle Graber, head of communications at the Swiss Federal Intelligence Service (FIS) said the agency had “participated actively in this operation together with its Dutch and British partners”.

The BBC understands that the British police investigation into the Salisbury poisonings was not involved.

The intended target of the alleged espionage is a designated lab for the Organisation for the Prohibition of Chemical Weapons (OPCW).

In addition to research on dangerous infections, it deals with biological, chemical, and nuclear weapons research.

In that capacity, it has examined samples from the Syrian conflict, where the Damascus government – Russia’s ally – has been accused of using chemical weapons against civilians.

Russia, meanwhile, has dismissed the reports as false.

The Russian embassy in Bern, near the Spiez laboratory, told Reuters: “We consider such false statements simply absurd and nothing other than another attempt to stoke an anti-Russian atmosphere.”