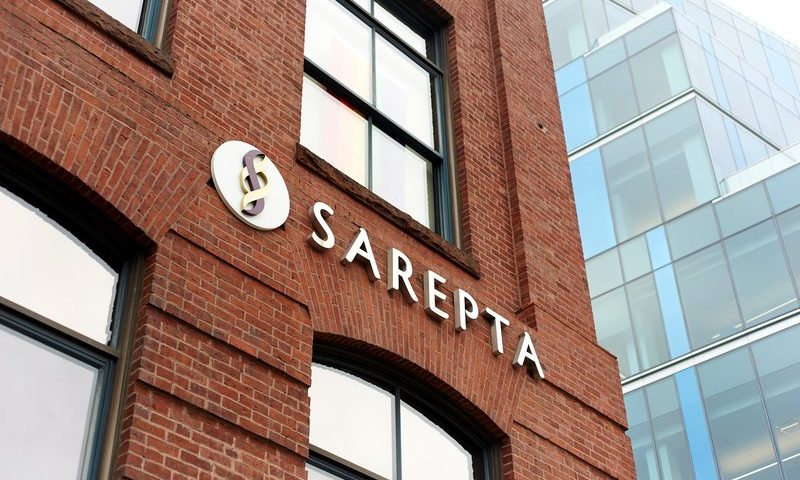 Sarepta Therapeutics could ask the FDA as soon as next year to approve its gene transfer therapy for Duchenne muscular dystrophy, the biotech said Monday at the annual J.P. Morgan Healthcare Conference.

RBC Capital Markets analysts said results from the study and other existing trials could form the basis for a “feasible” early accelerated approval. The new data looks “supportive albeit not definitive” and are likely to boost confidence in believers but “not necessarily to convince doubters,” the analysts wrote. It’s a multibillion long-term opportunity on the line, the analysts said.

For Sarepta, the results give the company confidence that SRP-9001 is a “disease trajectory altering therapy that will benefit kids” with the rare neuromuscular disease, Doug Ingram, CEO and president, said during the J.P. Morgan presentation. Sarepta already has three approved treatments for DMD: Exondys, Vyondys and Amondys.

In the trial, the 20 patients treated in the placebo crossover group, aged 5 to 8, showed a mean improvement of 1.3 points from baseline on the test, referred to as the North Star Ambulatory Assessment, compared to a decline of 0.7 points for a predefined external control group, which included natural history controls from 103 patients.

The news comes as the Duchenne gene therapy field was hit by a major setback right before the holidays when Pfizer reported a patient death in an early-stage trial. The FDA placed a clinical hold on the phase 1 study of the gene therapy, dubbed PF-06939926, and Pfizer has delayed a data readout from 2022 to the first quarter of 2023.

For its own treatment, Sarepta said the most common side effect was vomiting, which was seen in 16 of the 21 patients, which was consistent with part 1 of the trial. With no treatment-related serious adverse events, SRP-9001’s safety is a “potential differentiator” versus competitors like Pfizer, the RBC analysts wrote.

The treatment did, however, previously show serious side effects in two patients in a phase 1 clinical trial. The serious adverse events, including heightened levels of a liver enzyme and nausea and vomiting, were fully resolved, the company said in May.

The biotech will work on the “fastest potential pathway” with the FDA on getting the therapy approved, Ingram said during the presentation Monday morning.

SRP-9001 is also being tested in a pivotal trial, dubbed EMBARK, that is slated to complete enrollment in the middle of this year, Ingram said. EMBARK kicked off in October and is expected to enroll 120 patients, “the largest study of its kind” in DMD, the CEO said. If the FDA were to go the accelerated approval route, EMBARK could serve as a confirmatory study for the treatment, the RBC analysts wrote in a note.

That study will read out next year, and “when it is consistent with the totality of evidence that we’ve already generated on the benefits of SRP-9001,” the company will ask the FDA for the greenlight, Ingram said. Time is “not on the side” of patients with the disease, he said.

SRP-9001 aims to deliver a gene into the muscle tissue to promote the production of microdystrophin, a protein that patients with DMD can’t make on their own, which leads to a progressive loss of muscle strength.

Roche has the exclusive right to launch and market the therapy outside the U.S.

Sarepta, which has three approved products in DMD, notched net sales of $178.7 million in the fourth quarter, bringing full year 2021 net sales to $612 million, Ingram said during the presentation. That 12-month figure fell into the raised full-year guidance range of $605 million to $615 million given during third quarter earnings.

Easing blood clotting without bleeding side effects through a new pathway