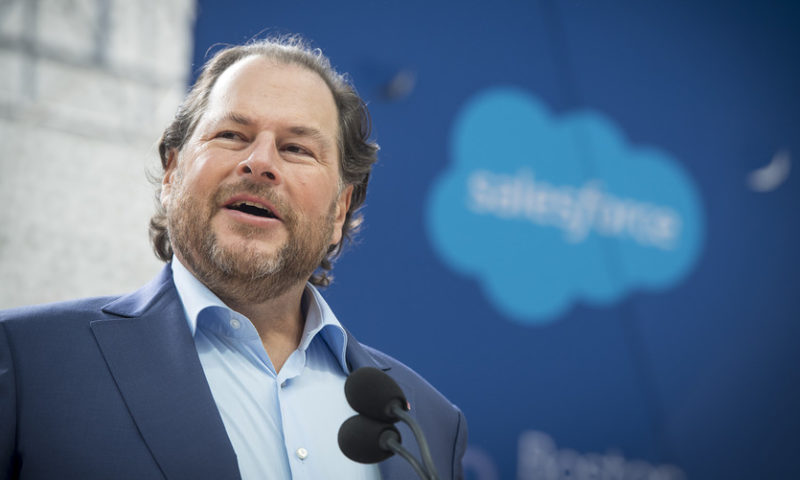 The reaction to Salesforce.com Inc.’s latest earnings report could be a sign of what’s to come when other software companies deliver their results for the most recent quarters.

That’s according to Bernstein analyst Mark Moerdler, who wrote Tuesday that the drop in Salesforce’s stock CRM, -0.27% suggests that there might be “investor fatigue” aimed at “growth software,” given big stock-market run-ups so far this year and in recent months.

“Beats and raises are expected, and net of MuleSoft, Salesforce decelerated a bit this quarter, albeit against a tough compare,” Moerdler wrote, referring to the company’s May acquisition of MuleSoft, which specializes in application programming interfaces. “This leaves us somewhat cautious on high-quality growth software stocks still to report this quarter.”

Needham’s Scott Berg noted that Salesforce “easily” beat expectations for the latest quarter, but he said the upside seems to have come from “strong seasonal MuleSoft sales.” He was disappointed by the company’s service- and marketing-cloud revenue, which has shown more deceleration over the past three quarters than he would have liked to see.

“We remain hold-rated seeking a better entry point or better indication of incremental margin expansion with organic revenue growth slowing to the 20% level,” wrote Berg, who is one of just three Wall Street analysts covering Salesforce without a buy rating on its stock, according to FactSet. There are 44 analysts in total who track the company, per FactSet’s count.

Another source of contention is the company’s outlook for the current quarter, which came in slightly below expectations, and its projection for the full year ahead, which was roughly in line with what analysts had been projecting. Needham’s Berg said that the annual forecast “assumes a nominally higher level of investments.”

Others weren’t sweating the latest outlook. “We sense some conservatism in the numbers given the company’s historical affinity for prudence,” wrote BTIG’s Joel Fishbein, who rates the stock a buy with a $175 target. He has confidence in the forecasting ability of Salesforce’s executives, who, he says, have “practically unrivaled” visibility into demand for several years out.

At least 15 analysts upped their price targets on Salesforce shares after the report, according to FactSet. The average target is $180.15, 15% above current levels.