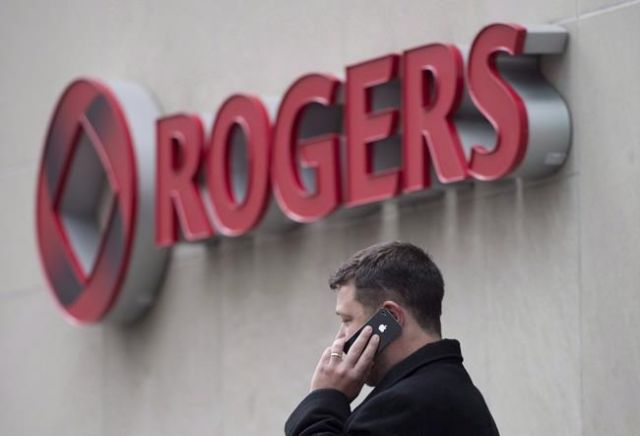 Rogers Communications Inc. raised its dividend for the first time since 2015 as it reported a better-than-expected fourth-quarter profit.

The cable and wireless company will now pay a quarterly dividend of 50 cents per share, up from its previous payment to shareholders of 48 cents per share.

“We delivered strong financial and operating results in the fourth quarter and terrific results for the full year,” CEO Joe Natale said. “We delivered on all of our key financial commitments and released a strong outlook for 2019.”

The Toronto-based company, one of Canada’s largest integrated telecommunications and media companies, said Thursday it expects to spend between $2.85 billion and $3.05 billion on capital projects.

That’s up from $2.79 billion in capital expenditures last year.

Rogers, BCE’s Bell, Telus and Shaw Communications are all investing to increase the speed and capabilities of their wireless networks and upgrade their fibre optic networks.

Revenue totalled $3.94 billion, which was above analyst estimates and up from $3.73 billion in the fourth quarter of 2018, when Rogers experienced lost sales during the important pre-Christmas period due to system malfunctions.

Revenue growth was primarily driven by its wireless operations, which added 112,000 net subscribers during the quarter. Average monthly revenue per subscriber also increased to $65.12 from $63.46 a year earlier.

Analysts on average expected Rogers to have adjusted earnings of $1.08 cents per share, according to Thomson Reuters Eikon. Revenue was anticipated to come in at nearly $3.88 billion for the quarter ended Dec. 31.

Rogers is the first of Canada’s three big national wireless carriers to report its 2018 fourth-quarter and year-end results. BCE and Telus are to issue their reports in early February.

Out of Touch? Trump Aides Struggle With Shutdown Empathy