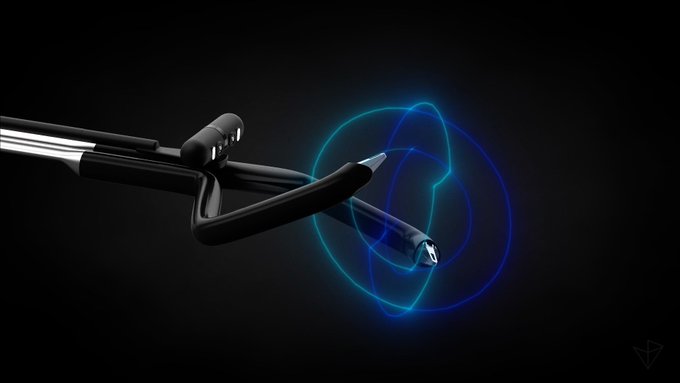 It’s a common surgeon’s dream: What if you could shrink yourself down, place yourself inside the patient, and fix them from the inside? By combining virtual reality and miniaturized robotics, Vicarious Surgical, with its approach in its name, is looking to do just that.

After largely developing its system under stealth since its 2014 founding, the company is now looking to take it public in a big way through a deal that aims to place it on the New York Stock Exchange with a $1.1 billion valuation and up to $460 million in new cash on its balance sheet.

The SPAC deal’s total also includes a $115 million private investment round that has attracted the medtech giant BD as well as Vicarious’ previous high-profile backers, including Bill Gates, Khosla Ventures, Innovation Endeavors and E15 VC. After the acquisition closes in the third quarter, the company will emerge on the NYSE with the surprisingly unclaimed ticker RBOT, and eyes on a late 2023 commercial launch.

Vicarious’ system, which has already garnered a breakthrough designation from the FDA, aims to transport the physician directly to the surgical site, with all of its moving parts operating completely within the body.

A high-resolution, 3D camera is linked to a VR headset worn by the surgeon, which can be operated with a turn of the head—while two disposable robotic arms reproduce the bends and rotations of wrists, elbows and shoulders. All this is designed to fit through a single, 1.5-centimeter incision.

“Our robot can see, reach, and work anywhere inside the abdomen, which effectively shrinks the surgeon and puts her/him inside the human body,” co-founder and CEO Adam Sachs said.

While minimally invasive surgical procedures have been around for decades, their high cost, difficulty in use, and relatively limited capabilities have left open surgery as the option of choice, accounting for most abdominal surgeries performed today, Sachs said during an investor presentation.

Vicarious aims to begin with ventral hernias as an entry point into the broader surgical market, to repair the misplacement of tissues through the muscles of the abdominal wall. With its 360-degree capabilities, the robot has the ability to rotate itself up and back toward its opening to work on the “ceiling” of the abdominal cavity.

“With costs of goods that are significantly lower than competing products, we believe our robotic solution will offer a cost-effective path to improving patient outcomes and increasing the efficiency of surgical procedures for hospitals and ambulatory surgical centers,” Sachs said.

In 2021, the company plans to launch its early adopter program, first beta test and presubmission work with the FDA before building its first production unit and completing verification and validation testing over the following two years.

Could this common heart drug defeat obesity by preventing inflammation?

Gold prices settle higher amid a retreat in bond yields