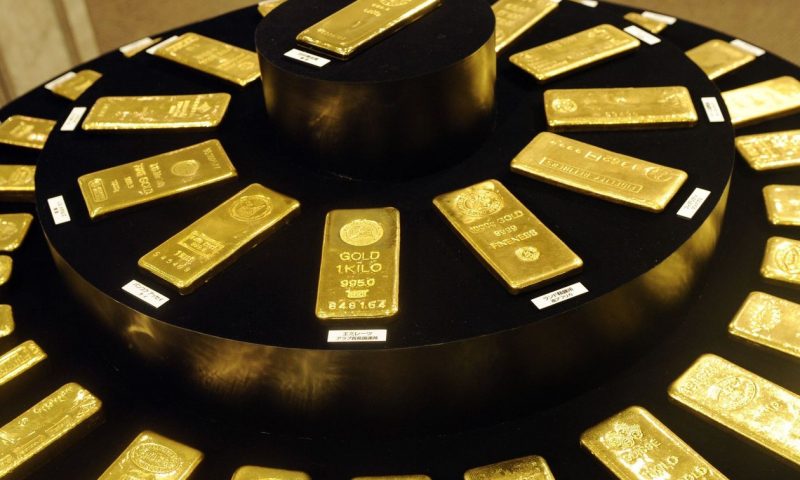 Gold futures settled higher Tuesday, getting a lift from a retreat in Treasury yields, but prices failed to recoup their loss from the previous session.

Koos attributed gold’s rise since late March to a decline in the U.S. dollar over the same period, as well as a retreat in interest rates that had become “extremely overbought” and a “long-in-the-tooth” U.S. stock market, which is “ripe for a pullback.”

The 10-year Treasury note’s yield BX:TMUBMUSD10Y was down at around 1.56%. A fall in government debt yields can boost appetite for precious metals which don’t offer a coupon.

The moves for bullion also came as the dollar was up at 91.25, but trading down for the week and month so far, as gauged by the ICE U.S. Dollar index DXY, 0.07%. Weakness in the buck can make dollar-priced commodities more appealing for overseas buyers.

“The gold trade has not been overly focused on physical demand, with the market instead alternating between interest rates, currency and reflation issues,” analysts at brokerage firm Zaner wrote in a Tuesday note.

“In the near term, gold is likely to be vulnerable to the Indian demand threat and to rising U.S. rates, but cushioned by weakness in the dollar and perhaps to a lesser degree by reflation psychology,” they said. Gold is often viewed as a hedge against inflation.

Analysts at Zaner pointed out news that Chinese gold imports reached high a 14-year high, with “March imports the highest since the first month the world became aware of the virus problems inside China.”

China has also announced it would allow large banks and financial institutions to import large quantities of gold, and that “policy change ‘opens up’ China to the type of ‘Wild West’ import capacity seen in a very long list of physical commodities over the last several years,” they said.

Meanwhile, silver for May delivery SIK21, 0.99% settled at $25.84 an ounce, little changed for the session, after declining 1% on Monday.

The moves for precious metals come amid renewed worries about a re-emergence of COVID-19 in parts of the globe, including India, where the outbreak has pushed the country to the second-highest infection rate in the world.