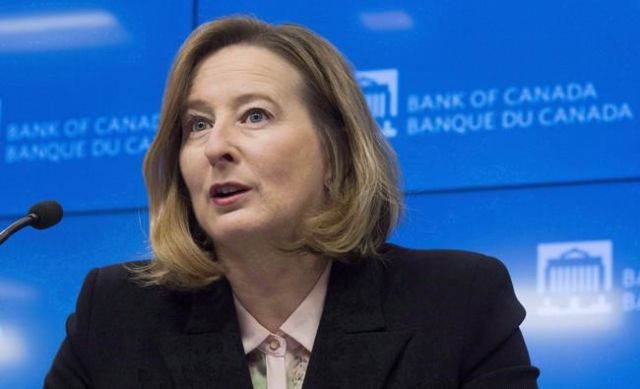 A senior Bank of Canada official offered explanations Thursday for the country’s “puzzling” and disappointing stretch of wage gains, even though the job market been experiencing one of its biggest labour shortages in years.

But she said even after accounting for these factors, wages have fallen short of where they should be in a tightened job market that has seen Canada’s unemployment rate drop to a 43-year low.

“This is particularly puzzling when you consider what businesses are telling us about how hard it is to fill jobs,” Wilkins told the Toronto Region Board of Trade.

“As far as I can tell, no one has found a smoking gun,” she said of the search for an explanation.

“But there are at least a couple of compelling suspects.”

Wilkins said wages are also likely lower than expected as employers struggle to find candidates with the right skills, cautious employees decline to trade up for higher-paying positions elsewhere and people are reluctant to move to a new city in order to land a new gig.

Structural factors, she added, may also be weighing on wages — such as technological advances that have lowered demand for routine jobs, reduced competition in some industries and the emergence of the so-called gig economy that has taken away bargaining power for some workers.

Wilkins offered potential areas for policy-makers and businesses to focus on to help improve the job market. They could invest in education and training, find ways to encourage labour mobility and increase the competitiveness of Canadian firms.

She noted the results of the bank’s latest business outlook survey suggested labour shortages were at one of their highest levels since the Great Recession a decade ago. Job vacancies, she added, are still rising in Canada and now total about 550,000.

In the months ahead, Wilkins said the central bank predicts Canada’s economic expansion to pick up its pace after a recent slow patch — and she anticipates wage growth will eventually accelerate along with it.

A Robust US Job Market Likely Defied Shutdown During January