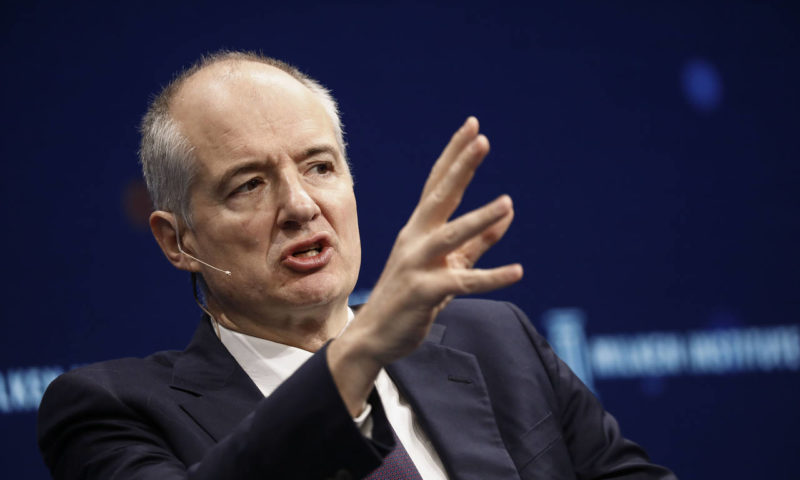 Pimco chief executive Emmanuel Roman has made clear the firm’s ill-starred attempt to break into equities investing is unlikely to be repeated, in conversation with Goldman Sachs’ incoming CEO David Solomon.

In an interview for Goldman’s regular media series, GS Talks, the French-born CEO told Solomon that fixed income is where Pimco’s strengths lie, and drew a comparison with asset management rivals like BlackRock and Wellington, which are “trying to do many different things”.

He said: “We’ll find out if someone can be successful at everything”, but also made clear where his firm’s beliefs lie: “Being best of breed at one thing… will always win”.

Pimco, a $1.5tn bonds powerhouse, made an attempt to diversify its business into equities management in 2008, in an effort spearheaded by former Goldman Sachs banker Neel Kashkari. When he stepped down in 2013, the firm brought in former Schroders executive Virginie Maisonneuve.

But the effort stalled, and in 2015 Pimco decided to retrench from equity investing and close four active funds.

Roman’s latest comments underline those given by chief investment officer Dan Ivascyn last year, in which he also indicated the firm was unlikely to revive its equity ambitions.

Roman said: “Pimco has been doing fixed income for 46 years and we’ve been the best at it and I think that’s what really matters. It’s in our DNA and it’s what we know how to do”.

He also argued that fixed income management is also more insulated from the rise of passive, or index-based investment, thanks to the greater diversity of the bond market — whereas the equities business has been “difficult”, most notably when organisations like Fidelity “offer no load ETFs at zero management fee”.

In a wide-ranging interview with Solomon, the pair touched on many other topics. Financial News presents highlights below.

Roman on: what asset management and Pimco will look like in 2028

In 10 years, Roman said, a customer will be able to log in to a Pimco online portal, enter when they would like to retire and all relevant financial information and “have a whole portfolio… delivered” fully stress tested, in just “two clicks”. This free service would be “the cost of getting into the business”.

Roman predicted institutional clients would become more demanding. They will expect to be offered the “whole spectrum” of the market from “the very liquid market to the more esoteric private credit market”.

Roman on: the current risks in emerging markets

Roman argued that emerging markets is too broad a category. Countries like China and Korea, whose performance is “absolutely great”, he said, are grouped in with Turkey and Argentina, which have “much higher risk”.

However, he also said that this bunching together also “creates opportunity”, but to take advantage of this you would “need to find the right moment to step in”. He also raised concerns over the upcoming Brazilian election, as “we haven’t got a clue who’s going to win”.

Pimco has recently set up an office in Austin specifically to attract top science, technology and engineering talent produced at local universities. The office, heralded as an “experiment” by Roman, appears to be a success — with employee numbers expected to reach 250 in 14 months. However, he acknowledged that competing with the likes of Google for talent was “really hard”.

Solomon finished off the interview with a focus on Roman’s cultural influences and interests. Hailing the Pimco CEO as a “Renaissance Man”, Solomon said he deferred to Roman as “one of, if not the greatest, [wine] collector I have come across, probably the most knowledgeable collector I have ever come across — and I’ve come across a lot”.

Roman told Solomon that “you can’t really understand China until you’ve read 10 books on China” and recommended both Crashed: How a Decade of Financial Crises Changed the World by Adam Toozes and The Mars Room by Rachel Kushner, as must reads.

And the ‘lighting round’:

Most inspirational leader: Nelson Mandela, closely followed by Barack Obama
Author you wish you could meet: Cormac McCarthy, author of Blood Mariam
Artist you most admire: Lucian Freud, Peter Doig and Alberto Giacometti
Best advice ever given: be humble
Last night on the planet, on a deserted island… what are we drinking?: A bottle of Rias

If These 12 Cryptos Were Equities, You Would Be Rich In 60 Seconds