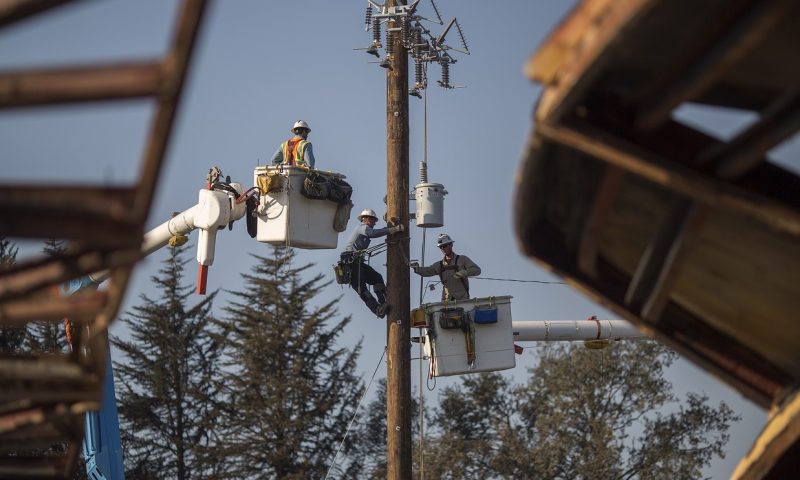 Pacific Gas and Electric Co. completed an $8.925 billion debt deal on Tuesday to help finance the company as it emerges from bankruptcy.

The six-part bond deal, rated Baa3 by Moody’s and BBB- by S&P, is part of a larger $59 billion turnaround plan for the California power utility, which is gearing up to leave Chapter 11 with more debt than it entered bankruptcy with, in part to help pay billions of dollars’ worth of fire-related claims.

The new debt deal comes on the same day that a bankruptcy judge in San Francisco said he planned to greenlight the company’s reorganization plan and as PG&E’s chief executive pleaded guilty on behalf of the company to killing 84 people in the 2018 wildfire that wiped out the Northern California town of Paradise.

“I am here today on behalf of the 23,000 men and women of PG&E, to accept responsibility for the fire here that took so many lives and changed these communities forever,” said Bill Johnson, PG&E’s PCG, -0.27% CEO. “Our equipment started the fire that destroyed the towns of Paradise and Concow and severely burned Magalia and other parts of Butte County.”

S&P Global, a credit-ratings firm, this week said that PG&E is expected to emerge from bankruptcy with about $38 billion of debt, most of which will be backed by a first mortgage, but that it also owes $25.5 billion in wildfire settlements.

The new debt financing benefited from a further rally in corporate credit this week, after the Federal Reserve on Monday tweaked terms of its $750 billion emergency corporate lending facilities to further ease the flow of credit to big U.S. businesses.

But borrowing conditions improved Monday, after the Fed said it would start purchasing individual corporate bonds in the secondary market that mature in five years or less, through an index format. The Fed also clarified that bonds purchased through its index program will not require certification, a formal process that shows a company isn’t insolvent, but also lacks adequate access to credit at prices that reflect a “normal, well-functioning” market.

It is unclear if PG&E’s shorter-dated bonds would fit the Fed’s expanded purchase criteria. PG&E did not respond to requests for comment. The corporate lending facility is set to expire in late September, unless the it is extended.

For PG&E’s part, the utility on Tuesday sold its shortest $2.5 billion parcel of two-year bonds at a spread of 155 basis points over Treasurys, a yield of 1.753%.

That’s roughly a savings of 45 basis points from where initial pricing levels were circulated on Tuesday morning, according to a person with direct knowledge of the dealings.

Spreads are the level of compensation investors are paid over a risk-free benchmark, like Treasury TMUBMUSD10Y, 0.731% notes.

Lower spreads can indicate high demand for a bond deal and can also point to a more bullish market tone. U.S. stocks extended their gains for a third day in a row on Tuesday, including the Dow Jones Industrial Average DJIA, +2.04%, which ended more than 500 points higher.