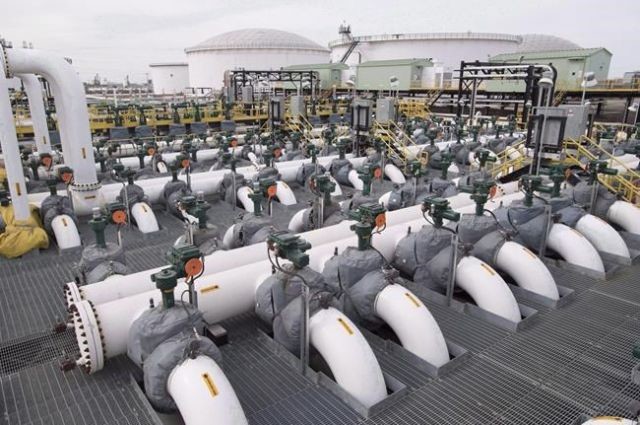 Oil market analyst Kevin Birn likens Western Canada’s crude supply to a bathtub with a drain that’s too small to keep up with the increasing volume pouring out of the tap.

As barrels of surplus oil lap the edge of the tub, desperate producers are forced to sell at rock-bottom prices to avoid a big mess.

Meanwhile, no one seems to agree on how to either turn down the tap or install a bigger drain.

“You can think of it as a bathtub that’s full. And as long as the bathtub is full, the pressure on the (price) differentials is going to be bad,” said Birn, the vice-president of North American crude oil markets for IHS Markit.

“So you’ve got to drain it. And building rail, it will help. You’re seeing announcements around production curtailments and that’s an attempt to accelerate the meeting between supply and demand to drain the basin.”

Alberta Premier Rachel Notley announced this week the province would buy as many as 80 locomotives and 7,000 rail tankers to move the province’s excess oil to markets, with the first shipments expected in late 2019.

But Jason Kenney, leader of Alberta’s opposition United Conservative Party, says it would provide faster relief if all companies in Alberta were forced to temporarily halt 10 per cent of their production.

Canada had total production of about 4.6 million barrels per day of oil in September, with 4.3 million bpd produced in the West, according to the National Energy Board.

That month, the country exported 3.47 million bpd of oil, with almost all of it going to the United States. Crude-by-rail exports rose to a record of almost 270,000 bpd.

After hitting highs of more than US$52 per barrel in October, the discount on Western Canadian Select bitumen-blend crude versus New York-traded West Texas Intermediate settled at about US$29 per barrel on Friday, according to Net Energy, about double the discount it typically fetches due to lower quality and transportation costs.

Upgraded synthetic crude from oilsands mines was selling at an US$18.50 discount to WTI (it typically trades near par) and Edmonton light oil was receiving about a US$23 discount, although it is of similar quality to WTI.

In an update report on Nov. 21, Scotiabank analysts said the wider-than-usual discounts will cost the Western Canadian oil industry $15 billion to $39 billion of earnings in 2019 compared with a scenario where pipeline capacity is adequate to take away export production.