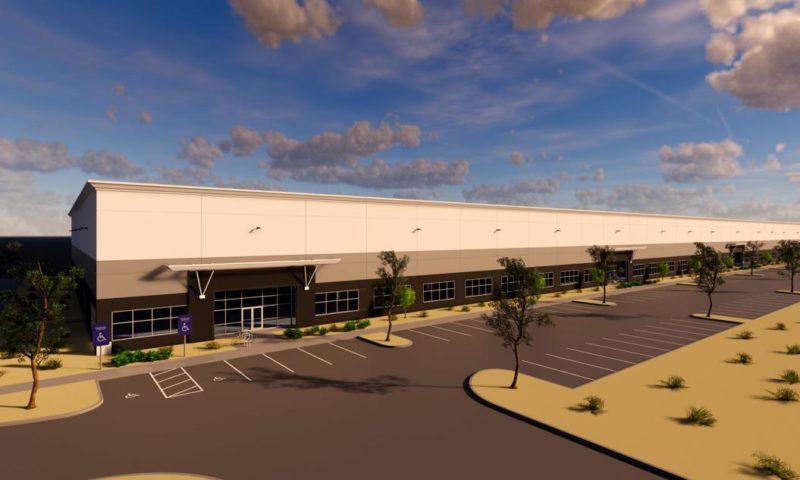 For nearly a decade, Tucson has been passed over by assembly, manufacturing and logistics companies that weren’t willing to wait for a new building to be constructed.

Existing space the city had to offer wasn’t adequate, but finding investors willing to build state-of-the-art facilities was a challenge.

Earlier this week, ground was broken on one of the first speculative industrial buildings in the Tucson market since 2009.

The property will feature 32-foot ceilings, 35 dock doors and 201 parking spaces. The space can be divided to accommodate multiple tenants.

The investment is significant, experts say, because the small-business sector seems to be leading the charge. Industrial businesses occupying between 1,000 and 5,000 square feet are expanding faster than we have seen within the last 10 years, according to Picor Commercial Real Estate.

“Because of this improved small business growth, multi-tenant business parks with vacant space under 5,000 square feet are raising rental rates 2 to 5 percent,” Picor’s Connect newsletter says. “The increase in small business growth across Tucson can be attributed to the expanding local economy and housing market, defense manufacturing growth, retail companies moving into industrial business parks, and an overall healthy economy.”

It’s the sort of private-sector investment the city has needed.

“We had a chicken-and-egg problem,” said Mayor Jonathan Rothschild. “What comes first? The company or the building?”

He lamented that there were several instances where a business was interested in the Tucson market but unwilling to wait a year for construction.

“Having an experienced developer come in and build industrial space like this on spec shows a high degree of confidence in our local economy,” Rothschild said.

During a visit last year by national site selectors, the top recommendation was to get more speculative buildings up and move-in ready, said Joe Snell, president and CEO of Sun Corridor Inc.

“Once built, this will change our economy,” he said, noting that Harsch doesn’t build and flip properties but retains ownership and invests in the communities in which it operates.

Harsch has 145 industrial, office, retail and multifamily developments in six states with more than 3,600 tenants that employ about 30,000 workers.

Aside from Sun Corridor, the City of Tucson and Pima County, Harsch partners included commercial brokerage firms CBRE and Picor.

Company President Jordan Schnitzer said construction of the $20 million building is expected to take about 11 months.

After multiple visits to Tucson and interactions with government and business leaders, he got a “gut sense” about investing more.