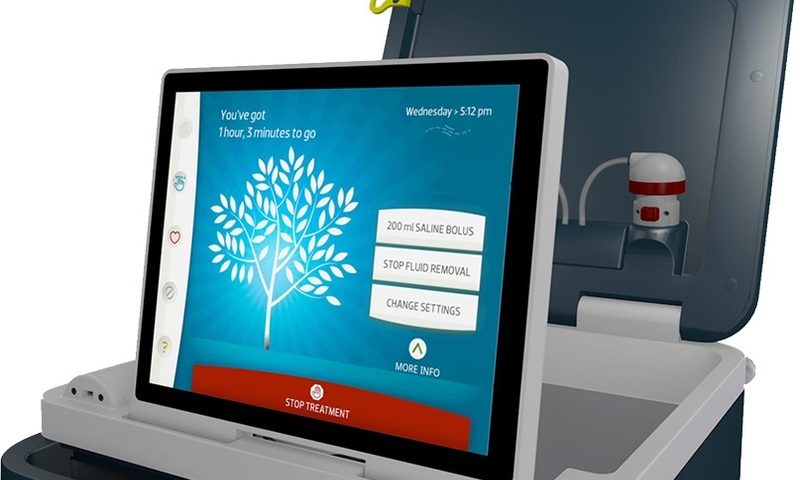 Outset Medical has raised $125 million to accelerate the U.S. commercialization of its all-in-one hemodialysis machine.

About the size of a small cart on wheels, the Tablo system includes onboard water purification systems that allow it to connect directly to tap water to produce its own dialysis fluid, eliminating the need for centralized processing equipment. According to Outset, this makes the FDA-cleared device fit within various settings across hospitals and extended-care facilities.

We believe in Outset’s vision for technology-driven care delivery improvement, and Tablo’s ability to disrupt the dialysis market,” Dan Sundheim, founder of D1 Capital Partners, said in a statement. “With growing focus at the federal level on how to manage chronic kidney disease, which is increasingly prevalent, we believe Tablo is the only device with the potential to transform the delivery of dialysis.”

Billed as an “enterprise solution” for dialysis care, the Tablo system is designed to operate as a single platform. The portable device has also been awarded a contract by the federal government for its use in communities suffering from natural disasters.

Last November, Outset presented a study examining the Tablo device’s use in the home setting, which is currently being evaluated by the FDA. Tracking 30 dialysis patients for just over five months, participants were prescribed hemodialysis four times per week—including in-center sessions, a transition period and at-home care.

The study showed higher-than-standard average measurements of dialysis treatment dose, and the device was able to remove excess fluid from patients within 10% of the prescribed rate. In addition, the at-home arm of the study saw zero dropouts, the company said. The results were presented at the American Society of Nephrology’s annual scientific meeting in Washington, D.C.

Illuminating cancer surgery with a dye that makes tumors glow