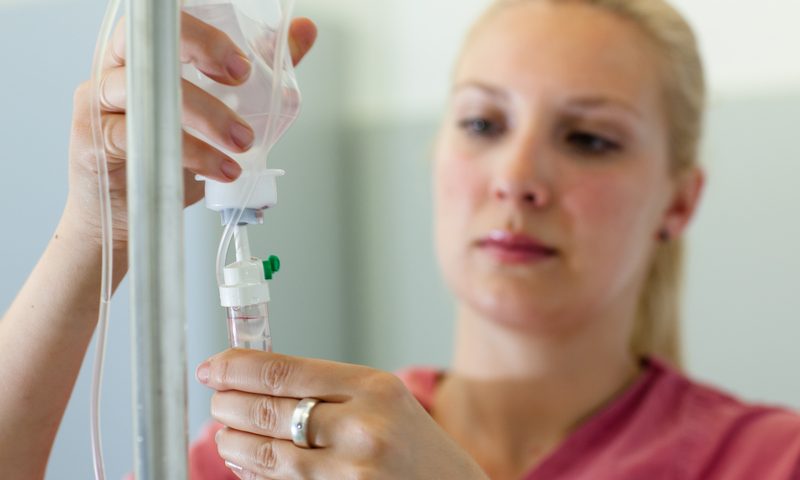 Personalized cell therapy CAR-T has made significant inroads in treating some forms of leukemia and lymphoma, but scientists hoping to translate the new technology to the second most common blood cancer—multiple myeloma—have faced some hurdles. A team at the University of Utah’s Huntsman Cancer Institute (HCI) has early evidence that a new target called CD229 may help overcome those challenges.

CD229 is a molecule that’s prevalent on the surface of both myeloma cells and stem cells, the latter of which produce treatment-resistant tumor cells. The HCI team engineered a human antibody against CD229 and created a CAR-T treatment that uses the antibody to target multiple myeloma cells. The CAR-T killed myeloma cells in mouse models of the disease, as well as stem cells from patients, the researchers reported in the journal Nature Communications.

Some of the biggest names in biopharma are racing to develop CAR-T treatments for multiple myeloma. They include Johnson & Johnson, which is targeting B-cell maturation antigen (BCMA) with its product JNJ-4528. At the American Society of Hematology conference in December, J&J released data from a small phase 1 study showing the treatment cleared tumors in 69% of patients with advanced multiple myeloma. A phase 2 study is slated to finish at the end of this year.

At the same conference, Bluebird Bio said that its multiple myeloma CAR-T, bb21217, which also targets BCMA, shrank tumors in 10 out of 12 patients given the lowest dose of the cells. It’s the follow-up to bb2121, a BCMA-targeted CAR-T treatment that Bluebird is developing with Bristol-Myers Squibb unit Celgene.

One nagging question about BCMA-based cell therapies is whether the responses they produce will be durable. Data released last May from an early trial of bb2121 didn’t help alleviate that concern, as six of 15 patients who achieved a complete response ended up relapsing.

The HCI team set out to prove that targeting CD229 could improve durability by wiping out myeloma stem cells. As part of the study, they compared a BCMA-targeted CAR-T treatment with their CD229 CAR-Ts in samples taken from seven multiple myeloma patients. They found that their treatment produced a “significant reduction” in multiple-myeloma-propagating cells as compared to BCMA-targeted CAR-Ts.

“We thought if we could target every last cancer cell in a patient’s body, including the cancer stem cell, this could make the critical difference and yield more durable, deeper responses to treatment,” said Djordje Atanackovic, M.D., associate professor at the University of Utah, in a statement.

The next step for the HCI researchers is to complete further studies to determine whether the CD229-targeted CAR-T cells will be safe to use in people. From there, they hope to move the therapy into clinical trials.

Outset Medical secures another $125M for its portable dialysis machine