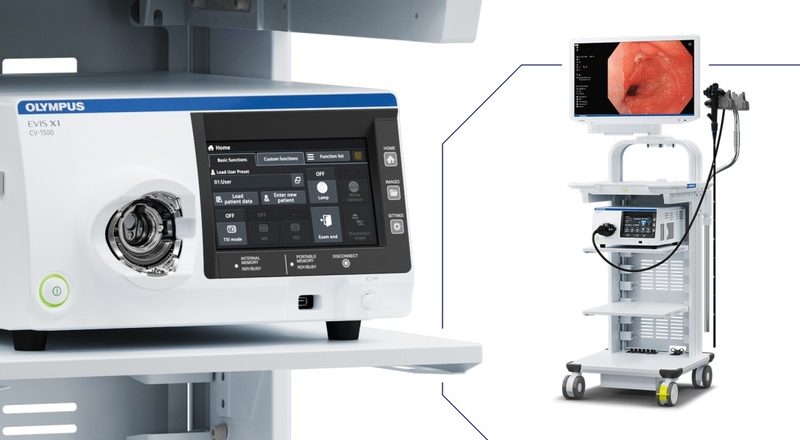 Olympus has begun rolling out an artificial-intelligence-powered platform for its new endoscope, designed to automatically spot suspicious lesions and polyps during a colonoscopy in real time.

The ENDO-AID program works in combination with the company’s Evis X1, which it launched in April. The AI’s machine-learning algorithm highlights areas of interest whenever a lesion appears on the video screen, including potential cancers and benign tumors.

Olympus also described plans to expand the technology’s use to other therapy and screening areas in the future, including for inspections of the esophagus, stomach and other gastrointestinal organs

“Especially in AI, we recognize the power of elevating endoscopic imaging to uncharted levels,” said Frank Drewalowski, head of Olympus’ endoscopic solutions division. “Considering ENDO-AID as a first step, we are planning additional AI-powered applications for image detection and characterization—not only for colonoscopy.”

The company plans to start with ENDO-AID’s commercial launch in Europe this November, followed by expansions into certain Middle Eastern, African and Asia-Pacific countries. The system’s use in Japan, the Americas and China are slated for a later date after securing regulatory clearances.

Earlier this month, Olympus received 510(k) clearances from the FDA for two colonoscopes, the PCF-H190T and the PCF-HQ190.

The former is a slimmer, short-bending, high-definition scope made for turning tighter corners and is used to help classify colorectal polyps. The latter, meanwhile, is equipped with dual-focus hardware for visualizing the intestine’s mucus membranes, with a 170-degree field-of-view. Both are used with the Evis Exera III imaging platform.

In addition, the company announced a new automated device for cleaning and processing endoscopes after use. The OER-Elite is designed to disinfect up to two endoscopes at once in a half-hour using a combination of ultrasonic waves and detergents.