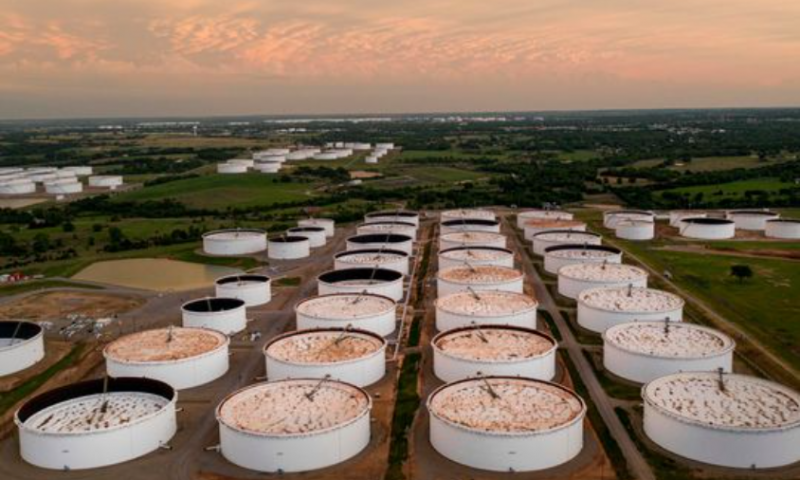 Oil futures remain in positive territory, but off session highs, after government data showed another drop in U.S. crude inventories as traders await this week’s decision by OPEC+ on output.

“The EIA has reported a sixth consecutive draw to crude inventories, as the usual suspects — refinery runs and crude exports — both showed strength,” said Matt Smith, director of commodity research at ClipperData. “A rebound in refinery runs and ongoing robust exports were no match as both production and imports were reported to have ticked lower.”

The OPEC+ decision remains the main event of the week. A meeting of the body’s Joint Ministerial Monitoring Committee, or JMMC, was postponed by a day to Thursday, news reports said, in a move that means three meetings — OPEC ministers, the JMMC and then OPEC+ ministers — will take place on Thursday.

The JMMC delay was aimed at giving parties more time to reach a compromise, with Russia considering a proposal to hike production, while Saudi Arabia would prefer a more gradual approach, Bloomberg reported.

“We would not overinterpret this as dissent,” said Eugen Weinberg, commodity analyst at Commerzbank, in a note.

“It is rather the case that OPEC+ currently has the luxury of being able to control events on the oil market in the medium term, partly because the reaction of countries outside the producers’ alliance has been fairly disappointing,” he said.

In particular the restrained response to rising oil prices by the U.S. shale oil industry, which is now showing economic and financial discipline and following a “sustainable growth” approach rather than the “growth at any cost” principle, has allowed OPEC to serve as the marginal producer, with control over prices, Weinberg said.

August natural-gas futures NG00, 0.80% NGQ21, 0.80% edged down 0.5% to $3.613 per million British thermal units, after closing Tuesday at the highest level for a front-month contract since December 2018, as hot temperatures grip the western U.S.

Cybersecurity company SentinelOne IPO prices above range at $35 a share