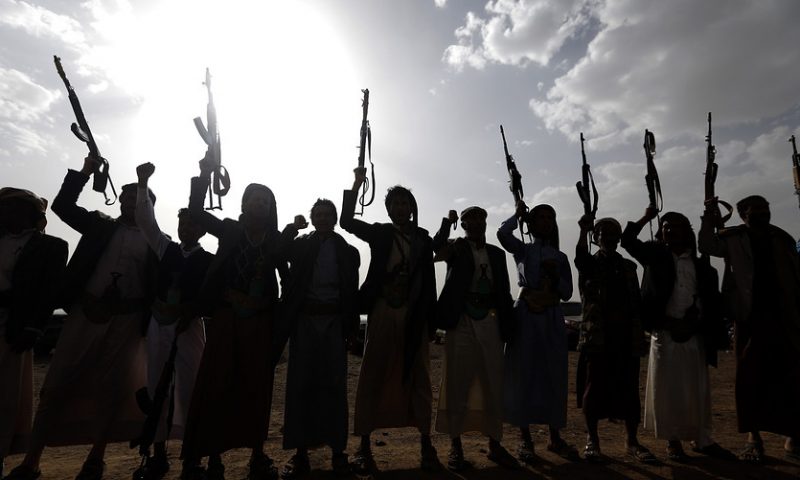 Oil futures finished lower Friday, as news reports tied to Iran sanctions, a cease-fire between Saudi Arabia and Yemen, and the U.S. considering limits on investor portfolio flows into China pressured prices, contributing to a loss of nearly 4% for the week.

Oil prices had been trading lower as The Wall Street Journal reported Friday that Saudi Arabia had moved to impose a partial cease-fire in war-torn Yemen, as Riyadh and Houthi militants try to bring an end to a four-year war that is become a flashpoint in a regional confrontation with Iran.

“Soon after, prices dropped sharply again on claims by Iranian President [Hassan] Rouhani that the U.S. has offered to lift all sanctions if Iran is willing to resume negotiations,” said Balint Balazs, commodity analyst at Schneider Electric. Reuters reported that Rouhani said the U.S. sent a message to European leaders that it was willing to lift all sanctions, but that he rejected talks with Washington while the sanctions remained in place.

However, Brian Hook, the U.S. special representative for Iran, was quoted as calling Iran’s claims “baseless.” Trump also tweeted: “Iran wanted me to lift the sanctions imposed on them in order to meet. I said, of course, NO!”

Prices for oil fell closer to session lows after Rouhani’s reported comments, then pared those losses after Trump’s denial.

However, prices fell back again, as Bloomberg reported that Trump administration officials were discussing ways to limit the flow of U.S. investors’ portfolio flows into China, potentially raising trade tensions between the two nations that would hurt energy demand.

“While there are reports of thawing of Saudi-Yemen tensions, [a] potential U.S. deal with Iran and potential for more U.S. restrictions on China, all of which support lower oil price, Baker Hughes…announced that the number of active U.S. oil and gas rigs declined to 860, which is lowest since April 2017,” said Manish Raj, chief financial officer at Velandera Energy Partners, told MarketWatch.

Baker Hughes BHGE, +0.46% on Friday reported that the number of active U.S. rigs drilling for oil fell for a sixth straight week, down by six to 713 this week.

Crude-oil prices had seen some support Thursday after the U.S. Defense Department announced the deployment of U.S. military personnel and equipment to Saudi Arabia, arresting a pullback in crude fueled in part by news reports, citing Saudi officials, that the country had restored production capacity to more than 11 million barrels a day.

Analysts remained skeptical of the figure, but said it was possible that capacity was returning more quickly than had been anticipated.

“Saudi Arabia, with support from U.S. President Trump, has effectively assured the market that the mid-September missile attacks were one-off set of events, and therefore the Aramco’s facilities are not in any lingering risk,” said Raj.