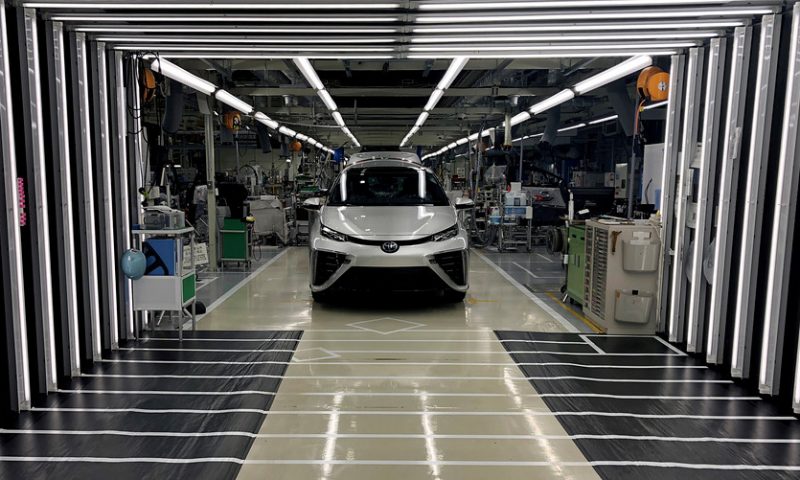 The congressional inquiry into Trump is throwing more volatility into a market that already was nervous over U.S.-Chinese trade tension.

“The impeachment of Trump will now become a drawn-out saga that feels like annoying supermarket music,” Jeffrey Halley of Oanda said in a report.

Also Thursday, the Commerce Department reported the U.S. economy grew at a modest 2% in the second quarter, sharply lower than the past year’s 3%-plus growth rates.

The Shanghai Composite Index SHCOMP, +0.11% flattened out on the last day of trading before Chinese markets close for a weeklong holiday.

China’s industrial profits dropped 2% in August from a year earlier, after rising 2.6% in July, the National Bureau of Statistics of China said Friday. Disruptions from strong storms last month also contributed to it, Zhu Hong, an economist with the bureau, said in a statement. For the first eight months, industrial profits declined 1.7% on year, the bureau said.

China’s producer prices fell further into deflation last month, piling pressure on manufacturers that had been struggling with the prolonged trade war between China and the U.S., official data showed earlier. Meanwhile, value-added industrial output grew at the slowest pace in more than a decade, underscoring sluggish demand and soft business confidence, the bureau said.

Many stocks in the Nikkei also went ex-dividend on Friday, which is accounted for a good portion of the index’s decline, according to analysts. Kansai Electric Power 9503, -3.98% and Sumitomo Mitsui Financial Group SMFG, -2.83% fell, while Japan Display 6740, -10.45% slid after it said a key investor wanted to pull out of the bailout plan.

The Hang Seng in Hong Kong HSI, -0.33% shed 0.3%, while Seoul’s Kospi 180721, -1.19% dropped 1.3%, dragged down by large-cap technology shares. Despite renewed hopes for a U.S.-China trade deal, U.S. political uncertainty caused by an impeachment inquiry into President Trump weighs on investor sentiment, which could prompt profit-taking on recent gains, a KB Securities analyst said.

Traders were encouraged by a Chinese Commerce Ministry announcement that importers had agreed to buy U.S. soybeans as the two sides make conciliatory gestures ahead of trade talks. That followed an earlier decision to list punitive tariffs on soybeans, the biggest Chinese import from the United States.

Plans to go ahead with negotiations next month have helped to ease market jitters but there has been no sign of progress toward resolving the bruising tariff war over trade and technology.

While many analysts say the Trump probe isn’t likely to affect the market significantly, it does add a degree of uncertainty and could complicate the White House’s efforts to resolve trade disputes with China and other nations.