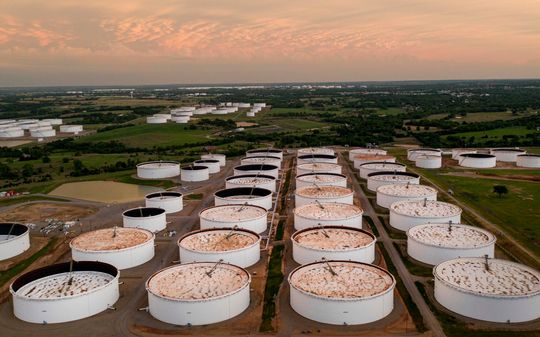 Oil futures erased early losses Wednesday that came after the White House said it would press the Organization of the Petroleum Exporting Countries and its allies to raise output, turning higher in the wake of data that showed declines in U.S. inventories of crude and gasoline.

Crude futures dropped by more than 1% in early activity after U.S. National Security Adviser Jake Sullivan, in a statement, said the administration was “engaging with relevant OPEC+ members on the importance of competitive markets in setting prices.”

“Competitive energy markets will ensure reliable and stable energy supplies, and OPEC+ must do more to support the recovery,” Sullivan said, while describing an OPEC+ agreement last month to begin boosting output each month in increments of 400,000 barrels a day beginning in August as inadequate.

The White House, in a letter, also directed the Federal Trade Commission to look into whether illegal practices were contributing to a rise in gasoline prices.

“The latest EIA report is very much a mixed bag,” said Matt Smith, director of commodity research at ClipperData.

“Refinery runs have responded to stronger crack spreads by jumping 277,000 barrels per day, while implied demand for gasoline dropped, resulting in a modest draw to gasoline inventories while distillates showed a build,” he said. The crack spread is the differential between the price of a barrel of crude and the products that can be produced from it.

Meanwhile, crude imports have held up thanks to stronger refining activity, while exports showed a rebound, Smith noted.

Analysts surveyed by S&P Global Platts, on average, had looked for the EIA to show crude stocks down 600,000 barrels, while gasoline stocks were expected to fall 2.4 million barrels and distillates were seen down 600,000 barrels. The American Petroleum Institute late Tuesday said U.S. crude-oil inventories fell 816,000 barrels last week, according to sources.

It’s shaping up to be a volatile week for crude, with prices tumbling to a three-week low on Monday and then reversing those losses in the Tuesday session.

“The volatility seen in oil markets is likely to be momentary as demand from Western countries is back to pre-pandemic levels and this is weighing in on global oil supplies,” said Naeem Aslam, chief market analyst at AvaTrade, in a note.

Vroom sells more cars than ever, but stock falls