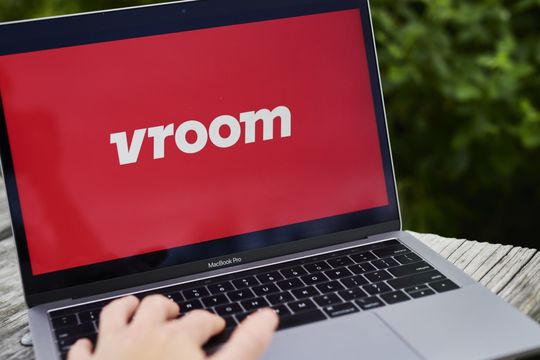 Shares of Vroom Inc. fell 3% late Wednesday after the online used-car retailer reported a narrower-than-expected quarterly loss and sales that were above Wall Street expectations but called for fewer unit sales in the current quarter.

Revenue rose to $762 million from $253 million a year ago. FactSet consensus pegged Vroom’s loss at 49 cents a share on sales of $651 million.

“Moving forward, we intend to continue to scale our capacity and efficiency ahead of growing demand with investments across our business, particularly in logistics, where we are ahead of schedule compared to our initial targets,” Vroom Chief Executive Paul Hennessy said.

“We will also continue to strive for a frictionless e-commerce checkout experience to drive a compelling customer proposition and improved unit economics over time,” he said.

Vroom guided for third-quarter revenue between $858 million and $891 million, and a per-share net loss between 78 cents and 73 cents.

The FactSet consensus calls for a net loss of 49 cents a share on revenue of $698 million for the third quarter.

Vroom forecast third-quarter unit sales between 20,000 and 20,500 vehicles, whereas analysts model sales of more than 22,000 vehicles for the quarter. Shares of Vroom ended the regular trading day down 1.4%.

Nio released earnings Wednesday. Here’s how to value its stock compared to Tesla, Ford and other rivals