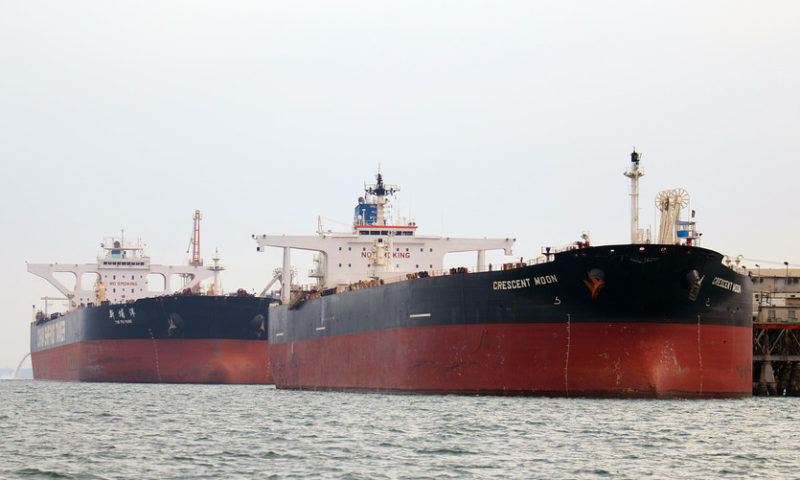 Oil futures rose on Monday, buoyed by optimism tied to trade talks between the U.S. and China as well as output reductions by major oil producers, but settled well below the session’s highs as Goldman Sachs cut its price forecast on worries over energy demand and the potential for a supply surplus.

Saudi Arabia plans to cut its crude exports by 800,000 barrels a day from around 7.9 million barrels a day in November, in a move aimed at lifting prices above $80 a barrel, The Wall Street Journal reported, citing comments from officials at the Organization of the Petroleum Exporting Countries. That followed upbeat jobs numbers issued Friday that had calmed recession worries, helping to lift the outlook for energy demand.

Oil demand optimism was lifted as senior officials from China unexpectedly attended negotiations between Beijing and their counterparts in Washington, in an effort to resolve longstanding trade disagreements that have underpinned uncertainty in global markets. According to Bloomberg, Chinese Vice Premier Liu He, a top economic adviser to Chinese President Xi Jinping, was among attendees, and some optimism has been drawn from the a top level official attended rather than lower-ranking officials.

Crude prices had plummeted in the fourth quarter by roughly 40% from four-year highs reached at the start of October, weighed down by a supply glut and fears of slowing global demand.

Production cuts from the Organization of the Petroleum Exporting Countries and its allies came into effect at the start of this month. OPEC and its production partners outside the cartel, led by Russia, agreed in early December to collectively hold back output by 1.2 million barrels a day for the first half of 2019.

“If compliance by OPEC and the allied non-OPEC countries is similarly high as in the agreement two years ago, the oil market is likely to be rebalanced during the first half year,” said commodities analysts at Commerzbank in a note.

Also Monday, however, Goldman Sachs cut its outlook on spot prices for Brent and WTI. It expects an average of $62.50 a barrel for Brent, down from a previous forecast of $70, and an average of $55.50 for West Texas Intermediate, down from $64.50.

In a note, analysts at Goldman Sachs cited “higher inventory levels to start the year, the persistent beat in 2018 shale production growth amidst little observed cost inflation, weaker than previously expected demand growth expectations …and increased low-cost production capacity,” for the cuts to the price forecasts.

U.S. data Monday also showed that service-oriented U.S. firms grew in December at the lowest pace since midsummer, with the nonmanufacturing index falling to 57.6 from 60.7 in November. Downbeat economic data could hurt the outlook for energy demand.

Data from the Energy Information Administration, which were released Friday— two days later than usual because of Tuesday’s New Year’s Day holiday — revealed little change to U.S. stockpiles of crude for a second week in a row, though petroleum-product inventories saw hefty climbs.

The EIA has said it will continue publishing and collecting data as usual, despite the partial government shutdown. The next weekly petroleum supply update is due Wednesday.

Equities shake off tech worries to climb on trade optimism

There is little room for the Fed to rally markets