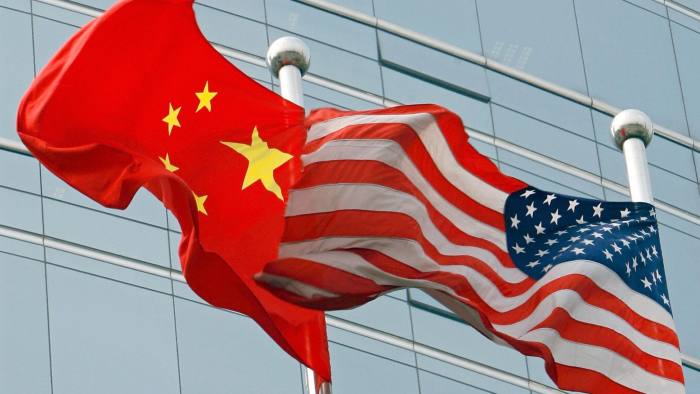 Equities edged higher in Asia-Pacific trading on Tuesday amid optimism about US-China trade relations and despite fresh signs of wobbles for the smartphone and chip sectors.

The Topix in Tokyo built on Monday’s rally to add 0.7 per cent, led by a 1.7 per cent gain for the energy segment. Shares in SoftBank rose 3.1 per cent after it scaled back plans for new investment in lossmaking shared-office provider WeWork. Takeda Pharmaceutical rose 2 per cent on Tuesday after completing its £46bn acquisition of Shire, extending a rally of 7.5 per cent on Monday.

The Kospi Composite in Seoul was up 0.3 per cent. Heavyweight Samsung Electronics briefly slipped into negative territory on its first drop in quarterly operating profit in two years amid weakening smartphone and chip sales, but clawed back those losses to be up 1 per cent in mid-morning trade.

In Sydney the S&P/ASX 200 was up 0.4 per cent with the key basic materials and financial segments gaining 0.2 per cent and 0.3 per cent respectively. And ahead of the open in Hong Kong, Hang Seng futures were 0.2 per cent higher.

The moves came as US negotiators continue talks with their counterparts in Beijing in a bid to hash out a resolution to the trade dispute between the world’s two biggest economies.

“While we don’t expect a full resolution in trade tension between China and the US in the foreseeable future, small steps in progress are likely to be taken favourably by investors,” JPMorgan Asset Management strategist Tai Hui said.

Still, some experts remained wary about the chances of a long-term deal being struck.

“This week’s talks in Beijing are unlikely to bring an end to the US-China trade war,” said Economist Intelligence Unit economist Cailin Birch, adding that the two sides are “entering into what looks like a strategic long-term competition for economic and technological dominance”.