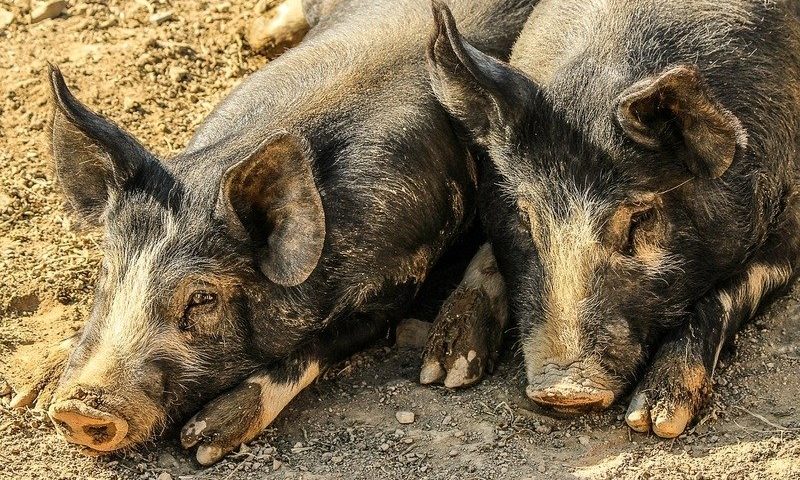 Organ donation wait lists may soon be getting quite a bit shorter—with a little help from cloven-footed friends.

Surgeons at NYU Langone Health successfully connected a pig kidney to a human for the first time last month, USA Today first reported, paving the way for animal organs to become viable options for human transplant within the next few years.

The kidney, taken from a pig that was genetically modified by United Therapeutics subsidiary Revivicor, was attached to the blood vessels of a brain-dead patient on life support and kept outside the patient’s body for observation for a little over two days. Throughout that period, in a major first step for the realm of xenotransplantation, the human host didn’t immediately reject or experience any serious immune response to the organ.

The transplant recipient was a registered organ donor whose organs were found to be unsuitable for donation, according to The New York Times. The NYU team sought her family’s consent to instead perform the experimental xenotransplant before she was taken off life support.

Not only did the kidney proceed to filter waste and produce urine at normal rates, it also returned the patient’s abnormal creatinine level—caused by poor kidney function—to normal levels.

“It was better than I think we even expected,” Robert Montgomery, M.D., the NYU transplant surgeon who led the procedure, told the NYT. “It just looked like any transplant I’ve ever done from a living donor. A lot of kidneys from deceased people don’t work right away and take days or weeks to start. This worked immediately.”

The pig’s genes had been edited to remove a sugar molecule from its tissues that has been linked to organ rejection in previous xenotransplants.

Revivicor earned the FDA’s approval last December for its genetically modified GalSafe pigs, which are named after the alpha-gal molecule that’s edited out of their genes. The approval covered Revivicor’s intentional genomic alteration, allowing the pigs to ultimately be used to create human food that wouldn’t trigger allergies as well as for biomedical products like donor organs—though any proposed medical uses for the GalSafe pigs will need additional individual FDA approvals.

The results of the procedure at NYU Langone have yet to be published in a peer-reviewed study, and the patient was only observed for a total of 54 hours after the kidney transplant, but the reported results are certainly promising for the more than 106,000 people currently waiting for donor organs and the physicians and scientists who have long been on the hunt for an effective and sustainable alternative to human donations.

Revivicor isn’t the only one looking to our porcine pals to solve some of medicine’s biggest challenges. In late 2019, the FDA gave XenoTherapeutics the go-ahead to begin a clinical trial to study whether live skin cells derived from genetically engineered pigs could be used to treat severe burns in humans.

Startups including Miromatrix and eGenesis have also attracted millions for their own efforts to develop gene-edited pigs for use as organ donors. The latter closed an impressive $100 million funding round in 2019, then outdid itself earlier this year with a $125 million series C. Miromatrix, meanwhile, opted to go the public route, reeling in an upsized $43 million IPO in June.