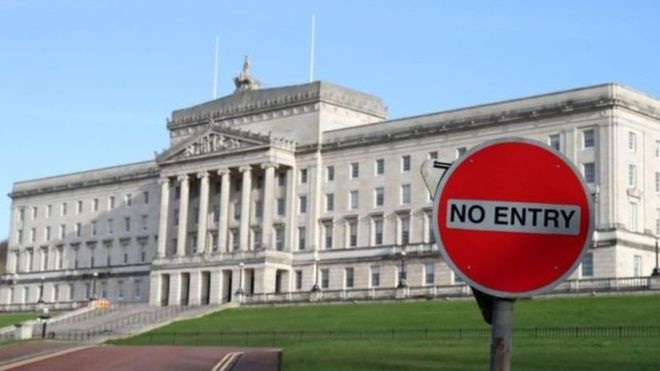 Many Northern Ireland companies are being left to fend for themselves because there is no executive in place to drive economic policy forward, according to a leading businessman.

Brian McGrath, president of Londonderry Chamber of Commerce, said he believes the draft programme for government may also need to be reviewed.

He was speaking on the Inside Business programme on BBC Radio Ulster.

Northern Ireland has had no functioning government since January 2017.

Power-sharing between the DUP and Sinn Féin broke down over several contentious issues.

Mr McGrath said: “There’s a reliance on businesses having to fend for themselves in the absence of policy.

“Our programme for government is a draft – it probably needs reviewed. If we look across the border, the Republic of Ireland’s government are very good at putting policy frameworks in place that are long-term and visionary.”

He added: “For the sort of delivery we need in the big-ticket infrastructure items, you need that surety, I think that it is having a major impact.”