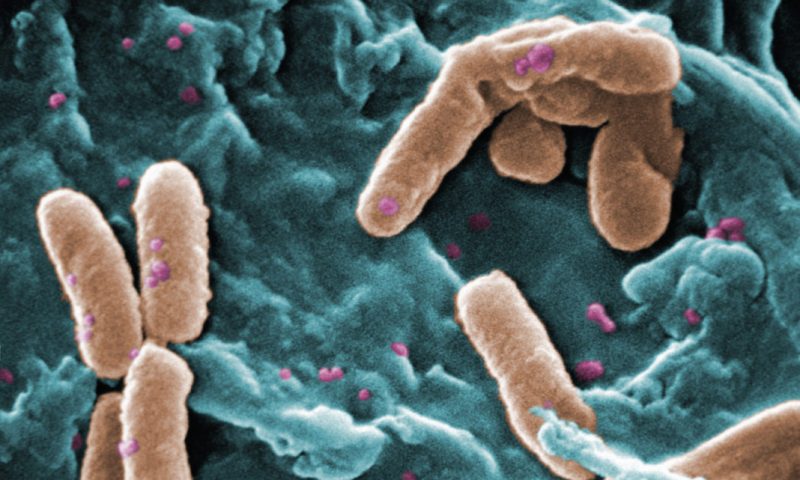 Researchers in the Blavatnik Institute at Harvard Medical School (HMS) and the Biological Research Center in Szeged, Hungary, say they have developed a new genetic engineering technique that promises to transform recombineering methodology.

Their report “Improved bacterial recombineering by parallelized protein discovery” is published in PNAS.

The team created a high-throughput screening technology to look for the most efficient proteins that serve as the engines of recombineering. Such single-stranded DNA-annealing proteins (SSAPs) reside within phages.

Applying the new method, which enables the screening of more than two hundred SSAPs, the researchers identified two proteins that appear to be particularly promising. One of them doubled the efficiency of single-spot edits of the bacterial genome. It also improved tenfold the ability to perform multiplex editing—making multiple edits genome-wide at the same time.

The other one enabled recombineering in the human pathogen Pseudomonas aeruginosa, a frequent cause of life-threatening, hospital-acquired infections, for which there has long been a dearth of good genetic tools.

“Exploiting bacteriophage-derived homologous recombination processes has enabled precise, multiplex editing of microbial genomes and the construction of billions of customized genetic variants in a single day, according to the scientists. The techniques that enable this, multiplex automated genome engineering (MAGE) and directed evolution with random genomic mutations (DIvERGE), are however, currently limited to a handful of microorganisms for which…SSAPs… that promote efficient recombineering have been identified,” write the investigators.

“Thus, to enable genome-scale engineering in new hosts, efficient SSAPs must first be found. Here we introduce a high-throughput method for SSAP discovery that we call serial enrichment for efficient recombineering’ (SEER). By performing SEER in Escherichia coli to screen hundreds of putative SSAPs, we identify highly active variants PapRecT and CspRecT, which increases the efficiency of single-locus editing to as high as 50% and improves multiplex editing by 5- to 10-fold in E. coli, while PapRecT enables efficient recombineering in Pseudomonas aeruginosa.”

“CspRecT and PapRecT are also active in other, clinically and biotechnologically relevant enterobacteria. We envision that the deployment of SEER in new species will pave the way toward pooled interrogation of genotype-to-phenotype relationships in previously intractable bacteria.”

“Recombineering will be a very critical tool that will augment our DNA writing and editing capabilities in the future, and this is an important step in improving the efficiency and reach of the technology,” said study first author Timothy Wannier, PhD, research associate in genetics in lab of George Church, the Robert Winthrop Professor of Genetics at HMS.

Previous genetic engineering methods, including CRISPR Cas9-based gene-editing, have been ill-suited to bacteria because these methods involve “cutting and pasting” DNA, the researchers said. This is because, unlike multicellular organisms, bacteria lack the machinery to repair double-stranded DNA breaks efficiently and precisely, thus DNA cutting can profoundly interfere with the stability of the bacterial genome, Wannier pointed out.

The advantage of recombineering is that it works without cutting DNA. Instead, recombineering involves sneaking edits into the genome during bacterial reproduction. Bacteria reproduce by splitting in two. During that process, one strand of their double-stranded, circular DNA chromosomes goes to each daughter cell, along with a new second strand that grows during the early stages of fission.

The raw materials for recombineering are short, approximately 90 base strands of DNA that are made to order. Each strand is identical to a sequence in the genome, except for edits in the strand’s center. These short strands slip into place as the second strands of the daughter cells grow, efficiently incorporating the edits into their genomes.

Among many possible uses, edits might be designed to interfere with a gene in order to pinpoint its function or, alternatively, to improve production of a valuable bacterial product. SSAPs mediate attachment and proper placement of the short strand within the growing new half of the daughter chromosome.

Recombineering might enable the substitution of a naturally occurring bacterial amino acid with an artificial one. Among other things, doing so could enable the use of bacteria for environmental cleanup of oil spills or other contaminants, that depend on these artificial amino acids to survive, meaning that the modified bacteria could be easily annihilated once the work is done to avoid the risks of releasing engineered microbes into the environment, Wannier said.

“The bacteria would require artificial amino acid supplements to survive, meaning that they are preprogrammed to perish without the artificial feed stock,” Wannier added.

A version of recombineering, called multiplex automated genome engineering (MAGE), could greatly boost the benefits of the technique. The particular advantage of MAGE is its ability to make multiple edits throughout the genome in one fell swoop.

“Many investigator-years’ effort in that quest have made great progress, even if they have not yet produced market-competitive products,” he said, noting that such endeavors require testing many combinations of edits. “We have found that using MAGE with a library of DNA sequences is a very good way of finding the combinations that optimize pathways.”

By introducing random mutations into the genome, DIvERGE can speed up natural bacterial evolution. This helps researchers quickly uncover changes that could arise naturally in harmful bacteria that would make them resistant to antibiotic treatment, explained Akos Nyerges, PhD, research fellow in genetics in Church’s lab at HMS, previously at the Biological Research Center of the Hungarian Academy of Sciences.

Recombineering will likely usher in a whole new world of applications that would be hard to foresee at this juncture, according to the researchers.

“The new method greatly improves our ability to modify bacteria,” Wannier said. “If we could modify a letter here and there in the past, the new approach is akin to editing words all over a book and doing so opens up the scientific imagination in a way that was not previously possible.”

On PAR: How X and Y Chromosomes Recombine During Meiosis