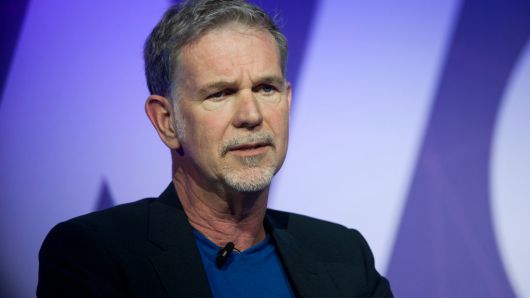 Goldman Sachs and Raymond James have slashed their 12-month forecasts for Netflix on concern that rising interest rates will eat away at the valuation of the high-flying internet company, which reports earnings Tuesday after the bell.

Goldman on Monday laid out a bullish case for the upcoming Netflix quarterly earnings but still lowered its “12-month price target from $470 to $430 to reflect the contraction in broader internet multiples.”

“While broader market performance and rising rates concerns have been more important factors for stock price performance, we believe that upside to consensus expectations and what the strength in subscriber net additions says about Netflix’s business, beyond just guidance for the next quarter, is likely to be a positive catalyst for the stock,” Goldman’s Heath Terry said in a note to clients.

Raymond James also lowered its expectation for Netflix stock to $400 a share from $445 a share, saying the streaming company’s growth will slow as interest rates continue to rise.

“We have lowered our target price by 10% to $400 to reflect a rising interest rate environment,” Raymond James analyst Justin Patterson said in a note Monday.

Patterson said Raymond James remains “bullish” on Netflix “as upside drivers to revenue remain large” and “negative catalysts,” such as the competitive threat of other streaming services, “appear low.”

Citigroup on Friday called for investors to buy the dip, saying the stock’s tumble last week represents an entry point.

“We view the recent sell-off as an opportunity to own a high-quality, recurring revenue franchise with attractive upside potential,” Citi said.

Citi has a $375 a share price target on Netflix.