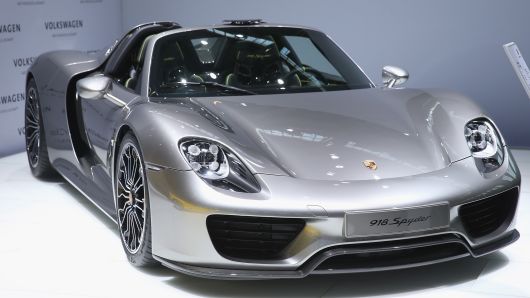 On Friday, the company’s chief financial officer suggested to reporters gathered at the firm’s development center that such a listing could easily top the success of Ferrari’s foray into public ownership. The Italian supercar maker has an estimated value of around $22 billion.

“A valuation of 60 billion to 70 billion euros certainly doesn’t sound like a stretch,” he was reported as saying, before adding that analysts would value such a firm on the same metrics as a luxury stock.

Meschke is further quoted as saying: “Every company needs to think about whether it makes sense to create competitive divisions.”

In an emailed response to one of the biggest news outlet on Monday, Porsche flatly denied any suggestion it was moving toward public ownership.

“Porsche does not currently have any plans to pursue a (partial) initial public offering (IPO). The Stuttgart-based sports car manufacturer denies all reports to the contrary that claim an IPO is in progress,” it said.

Porsche also said Meschke’s comments simply reflected on how the Ferrari listing was “a positive example of how an IPO can be a beneficial move during the automotive sector’s current period of transformation.”

The German car maker further highlighted that during his presentation Meschke had said he had no authority on any Porsche IPO, with that decision ultimately resting with executives at the company’s parent owner, Volkswagen.