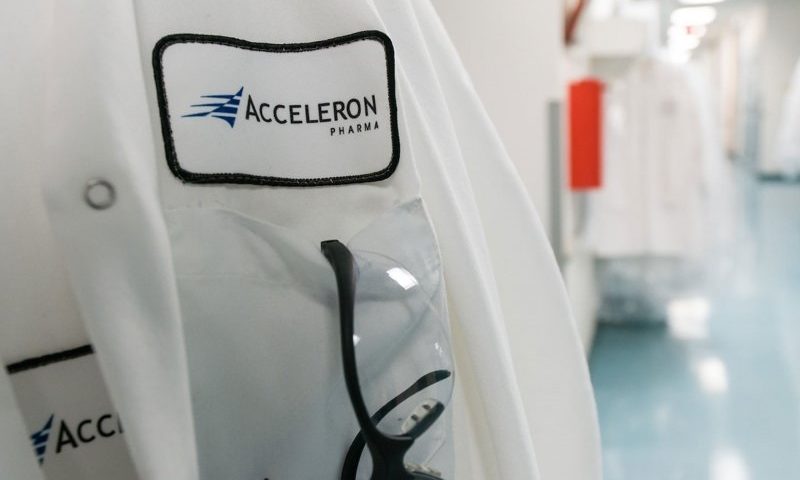 Acceleron’s share price rose throughout last week, climbing from $136 on Monday to almost $168 on Friday. The Bloomberg report points to a potential explanation for the rise: According to the report, Acceleron is in talks about a cash deal that values it at around $180 a share. While the price is just a touch above Acceleron’s current share price, the stock only topped $150 for the first time last week.

So, who is the most likely suitor for Acceleron? The anonymous sources behind the Bloomberg article put Bristol Myers Squibb forward as a likely buyer, pointing to the fact the company owns 11.5% of Acceleron to make their case.

Celgene, which is now part of BMS, struck agreements with Acceleron in 2008 and 2011 that secured it a stake in the biotech and rights to two prospects, then known as ACE-011 and ACE-536. ACE-011 is now better known as sotatercept, a phase 3 drug candidate Acceleron sees as a future backbone therapy in pulmonary arterial hypertension (PAH).

ACE-536 went on to become Reblozyl, an FDA-approved treatment for anemia in some patients with myelodysplastic syndromes or beta thalassemia. BMS pays Acceleron royalties on Reblozyl sales. With the partners putting the 2029 non-risk-adjusted sales estimate above $4 billion, the deal could be worth significant royalties to Acceleron.

If BMS does pull the trigger on an Acceleron buyout, it will gain full ownership of Reblozyl in hematology, one of its established areas of focus, and bolster its cardiology pipeline with sotatercept. Bristol Myers signaled its interest in growing in cardiology by paying $13.1 billion to buy MyoKardia for its obstructive hypertrophic cardiomyopathy drug candidate late last year.

Whichever company buys sotatercept will be positioned to go up against Johnson & Johnson in PAH. J&J made a big bet on PAH when it bought Actelion for $30 billion in 2017 but now faces the prospect of competition from sotatercept. Other biotechs such as Gossamer Bio and Keros Therapeutics are also targeting PAH.